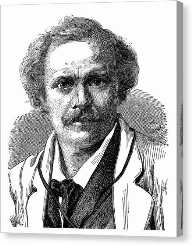 Nadar was born on April 6th, in 1820. He earned his fame through photography. He was also an avid novelist, journalist, balloonist, and a caricaturist. Photographic portraits done by Nadar are on display in many national photographic collections.

Gaspard-Félix Tournachon popularly known as Nadar was born on April 6th, in 1820. Victor Tournachon, his father worked as a bookseller and a painter. When his father was alive, Nadar was undertaking medical studies to help in boosting his economic status.

At some point, Nadar worked as a caricaturist for some newspapers. He also combined this with writing novels from time to time. He also partnered with the likes of Théodore de Banville, Charles Baudelaire, and Gérard de Nerval.

The name Nadar came as a result of the nickname that his friends gave him, Tornado. This later changed to Nadar. His works were initially published in a paper called Le Charivari.

After a brief stint as a caricaturist, Nadar tried his luck with photography. At first, he began working on portraits. After that, he established his studio in 1854. Six years later, he shifted to 35 Boulevard des Capucine.

Through his photography, he got the opportunity of taking pictures of a number personalities including Sarah Bernhardt, (a state actor), Liszt, Rossini, Guizot, Proudhon, Verdi, Berlioz, and Corot, Delacroix.

Nadar published some works during his lifetime. One of his notable publications includes Quand j’étais photographer. This work was published when he was about to die.