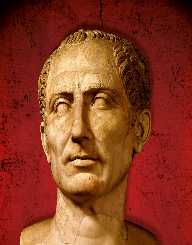 He after that joined the Military. He served Servilius Isauricus in Cilicia and Marcus Minucius Thermus in Asia. He later won the Civic Crown for serving with honor. He then went to Bithynia for a mission for securing the assistance of King Nicomedes’s fleet.

In 78 BC Julius Caesar returned to Rome soon after the death of Sulla. He lived in Subura which was a local neighborhood of Rome. He later returned to legal advocacy and became famous for the prosecution of former governors who were much involved in corruption and extortion. He was after that kidnapped and held captive by the pirates across the Aegean Sea. He was later released at 50 talents of silver ransom.

In 65 BC, Julius Caesar was elected the Curule Aedile. In 63 BC, he contested and won the Chief Priest of the Roman State Religion (Pontifex Maximus). In 62 BC, he governed as the Propraetor of the Hispania Ulterior. He overcame two local Spanish tribes thus becoming the Imperator of his troops. He thereafter remodeled the Law regarding debts hence completing his governorship in a high note. In 60 BC he contested and won the 59 BC consul election.

He later proposed a law focused on redistributing lands to the poor by use of arms. He then raised two legions to and defeated the German Tribes in the Battle of Magetobriga. He later gathered a larger army to Gaul and took a bigger part. He later left Gaul due to poor harvests. In 50 BC, he was ordered to return to Rome because his Governorship term had reached its end. Since he felt insecure that he would be prosecuted, he gathered an army.

In 49 BC, Julius Caesar crossed river Rubicon with a single Legion and started a Civil war. He thereafter persuaded Pompey’s army and succeeded it while Pompey had run away. In 48 BC, he defeated Pompey back in Pharsalus, Greece. He was later appointed as a Dictator. He then resigned and followed Pompey to Egypt. He later joined Queen Cleopatra of Egypt soon after Pompey was killed. He later returned to Rome and made permanent Dictator.

His successful works as a dictator included relieving debt, reforming Senate by increasing its size, reformation of the Roman calendar as well as reorganization of the local Governing body. He later re-brought up two cities which included ‘Carthage and Corinth’ which were brought down earlier. He also gave foreigners permanent citizenship. He was later assassinated by Brutus and Longinus.