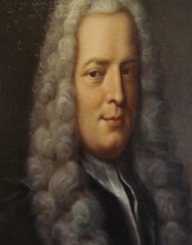 Daniel Bernoulli was born on February 8, 1700. He was a Swiss mathematician and physicist. He pioneered in the field of Kinetic Theory and dynamics of gases. He also explored other fields such as astronomy, mechanics, physiology, and medicine.

Daniel Bernoulli was born on February 8, 1700, in the Netherlands. He was born to Johann Bernoulli who was a mathematician and a developer of calculus and his wife. He was brought up alongside two siblings, Nicolaus and Johann.  From a young age, he wanted to be a mathematician, but his father wanted him to pursue a business career. When he was thirteen years old, he went to Basel University where he studied philosophy and logic. In 1715, he graduated from the University. In 1716, he obtained his Master’s Degree.  In 1721, he received a doctorate in anatomy and botany after he studied medicine.

In 1723, Daniel Bernoulli published his mathematical work ‘Mathematical Exercises’ which was on differential equations and the physics of flowing water. In 1724, he became the professor of mathematics at St. Petersburg Academy of Sciences. In 1733, he resigned from his post and moved to Basel. In 1732, he was appointed the professor of botany and anatomy at the University of Basel. In 1743, he accepted a post in physiology.

In 1738, Daniel Bernoulli published his work ‘Hydronamica’ where he discussed the basis of the kinetic theory of gases. He was also the author of the Bernoulli’s theory which states that the pressure in a fluid decreases as its velocity increases. In 1750, he became the professor of physics. He was also the chairman of Physics at the University. He wrote the book ‘Exposition of a New Theory on the Measurement of Risk’ which formed the basis of the economic theory of aversion, utility and risk premium.

Daniel Bernoulli was awarded by the Paris Academy of Sciences for his contributions in the field of astronomy, gravity tides, ocean currents, magnetism and the behaviour of ships at sea. In 1735, he was awarded by the University of Paris jointly with his father for their work on planetary orbits. In 1750, he became a Fellow of the Royal Society.

Daniel Bernoulli passed away on March 17, 1782, in Switzerland. He died at the age of eighty two. His father once threw him out of the house because he was considered equal to him. His father always thought of himself as more superior than him.