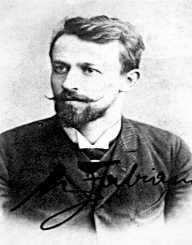 Max Fabiani was born on April 29, 1865, in Kobdil bei Staniel, part of the Austro-Hungarian Empire. This place is now known as Kobdilj, Slovenia. His parents were Charlotte (Von Kofler) and Antonio Fabiani. He also had 13 siblings.

Max Fabiani attended a primary school in his hometown with his siblings when he was a child. Also as a child, he learned how to speak Italian from his family members, and Slovene and German at school and when talking to friends. As he grew older, he attended a Realschule. After finishing his studies at the Realschule, he attended the Vienna University of Technology.

Max Fabiani graduated from the school in 1889. Once he was done with his formal training, he earned a scholarship to continue his studies as he traveled throughout Europe and parts of Asia.

Max Fabiani returned from his travels in 1894 and settled in Vienna, Italy. While in Vienna, he worked for an architect group run by Otto Wagner. He worked with Wagner until 1900, when he moved on to working commission jobs. One of his first commission jobs was planning urbanization of Ljubljana. Years earlier, the town had been faced with an earthquake, and it had to be completely redesigned.

His work with the city was so impressive that it lead to more commissions. In the early 1900’s, he designed not one, but two national halls, one of which being the Trieste National Hall. Some of his other great architectural feats are listed below.

In the 1920’s, Max Fabiani held more than one job. He worked on repairing and sometimes completely redesigning buildings and other monuments that had been destroyed during the bombings and other violent acts of World War I. In the same decade; he also worked in a high school as a history teacher in Gorizia, Italy.

In 1935, Fabiani’s career took a turn as he earned the position of mayor in the town of Stanjel. At the time, it was the National Fascist party that put the most work into getting him elected. He held this position until 1944 (near the end of World War II). It is believed that his involvement as mayor in the town helped to save it from destruction during World War II. After the war, he left Stanjel and moved to Gorizia.

A few years after becoming mayor, Max Fabiani also took on a job as an inspector for the Italian Cultural Heritage Foundation. While working here, he inspected buildings, monuments, and other architectural feats. He decided whether or not each design needed to be fixed, preserved, or left alone. He held his post until 1962.

Throughout his lifetime, Max Fabiani was awarded nearly a dozen awards for his work in architecture. Some of his most prestigious awards are listed below.

Prize of the Community of Vienna for an Exceptional Construction
Italian Order of Merit for Culture and Art
Max Fabiani was knighted by the following groups: Red Eagle Order, Franz-Josefs Order, Vatikanischen Verdienst Order.

Max Fabiani married Francesca Di Rochi. Together, the couple had two children: Carlotta and Lorenzo. Sadly, the couple separated. Max did not marry again or have any other children.

Countless streets in places where Fabiani worked, like Ljubljana, are named after him.

An architectural award, The Max Fabiani Award, was named after him.