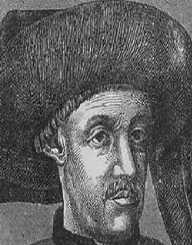 Born Infante D. Henrique, the third surviving son of King John I of Portugal and Philippa of Lancaster, sister of King Henry IV of England, Prince Henry the Navigator came into existence on March 4, 1394, in Porto, Portugal. By his birth in the royal family, he inherited the title of the ‘Duke of Viseu.’ He grew up under his father’s rule of Portugal and saw the efforts put in by his father to successfully overcome an uncertain period of civil unrest, war with Castile and secure the independence of Portugal.

The long-drawn civil war caused many members of the royal family to suffer insolvency and abject poverty. These members tried to rebuild their fortunes by exploring other countries, mainly the previously unknown territory. Such an initiative started the 15th-century European maritime discoveries and expansion and was later known as the Age of Discovery.

Henry the Navigator was one of the architects and pioneer of this drive of exploration. The exploration drive was started during the reign of his father when his father accompanied by his brother and himself conquered the Moorish port of Ceuta in northern Morocco. This Muslim port on the North African coast across the Straits of Gibraltar from the Iberian Peninsula had long been a headache for the Portuguese Empire, being used as a base for the Barbary pirates for long. These pirates used to raid the Portuguese coasts and sold the inhabitants of the coastal villages at the African Slave Trade after apprehending them.


LIFE AS AN EXPLORER

Upon successful capturing of the port of Ceuta, Henry the Navigator began exploring the coast of Africa with more vigor and enthusiasm. Most of these parts of the world were still unknown to the Europeans and the world at large. His primary objective was to search and locate the source of the West African gold trade, halt the pirates’ attack on the Portuguese coast and find the mythical Christian kingdom of the famed Prester John.

He also helped in developing a new lighter naval ship named ‘Caravel’ capable of moving faster with a capacity to sail through vast territories in place of the older type of ships which moved too slowly during their voyages, particularly along the Mediterranean Sea. The invention of such light-weight, faster ship made Portugal assume the leading role in transoceanic exploration and thus Portugal was able to explore newer, previously unknown territories and was instrumental in developing maritime trades with different countries of other continents.

Their efforts paid rich dividends in the form of a new trading relationship with the countries of Western Africa and the islands of the Atlantic Ocean as well as the invention of new sea routes.

Henry the Navigator was appointed the Governor of Algarve, the southernmost province of continental Portugal, by his father in 1419. He turned 26 in 1420 and was made Administrator General of the Order of Christ, a position he held for the rest of his life which helped him fund his ambitious plan of capturing the Canary Island, a piece of land he was so obsessed to make his own. Having played a significant role in commissioning the first ever permanent military presence in North Africa, he came back to Portugal and established his navigation school on December 14, 1418.

However, though his name ‘Henry the Navigator’ suggest otherwise, in reality, he was neither a navigator nor a sailor. However, he was a regular in generously sponsoring many exploratory sea expeditions. His ships reached the Canary Islands in 1415 already occupied by Spain. By 1418, his forces reached the Madeira Islands and were able to establish a colony at Porto Santo.

His generous funding of the exploratory sea voyages came in for sharp criticism as Portugal at that time was reeling under a severe scarcity of fund. However, when in 1441 one of his sponsored journeys returned from North Africa with shiploads of gold dust, the dissenting voices of his critics were immediately silenced. Another of his sponsored voyages came with more gold dust in 1443 and also with captured Africans, who were then traded and used as slaves in the European market.

With the arrival of the first lot of the African slaves, a dark chapter of the world history began where millions of people all over the world, particularly, the African Negroes were forcibly captured and traded in the international slave market to be under the enslavement of their masters in pathetically inhuman conditions. Thus, Henry found his name etched in the history of the world as the founder of the transatlantic slave trade, a notorious distinction to be precise.

Henry the Navigator was a committed navigator instrumental in finding new lands and newer routes to reach out to the world at large. He was the prime face of the ‘Age of Discovery’ and also had the dubious distinction of being the founder of Black slavery.