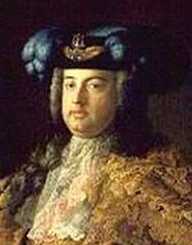 Francis I was born on December 8, 1708, in Nancy, Holy Roman Empire. His parents were Elisabeth Charlotte d’Orleans and Leopold (Duke of Lorraine). He also had several siblings, but sadly, not all of them lived to see adulthood.

For much of his life, Francis's older brother  (Leopold Clement) was arranged to marry Maria Theresa, who was the daughter of Emperor Charles. After his death, Francis was next in line to be engaged to her. However, the couple was not married until many years later in 1736.

In 1729, Francis’s father died, making him the new Duke of Lorraine. The 1730’s were an extremely busy time for Francis. In 1731, Francis became a freemason and was soon made the Master Mason of his group. In 1732, he became the Lord Lieutenant of Hungary. While he was in this position, the War of the Polish Succession began. It was not until 1735 that the war ended and a peace treaty was signed. It was also in this year that Francis was no longer the Duke of Lorraine (because of the terms of his marriage to Maria Theresa of Austria), but he was now in line to be the next Duke of Tuscany. He would later become the new Duke in 1737. It was also in this same year that he moved to Hungary to fight the Turks.

One of the first nations to invade the Habsburg lands (Bohemia, Austria, the Netherlands) was Prussia. This incident was the starting point of the War of the Austrian Succession. Francis wanted to lead the army, but Maria Theresa didn’t want to get involved. The Prussians won a great battle in 1741. This only encouraged Prussia to keep attacking. The country allied itself with Bavaria, France, Saxony, and Spain. Together, the country fought the Habsburg army. Later, Maria Theresa made a truce with Frederick II, leader of Prussia.

In 1742, Karl Albert (better known after his ascension as Charles VII) was made the new Holy Roman Emperor. It was also around this time that the Habsburg army began gaining power again, taking Munich, removing the French from Bohemia, and removing the Bavarian’s from parts of Austria.

War continued to rage in the Habsburg lands and around Europe, as things had escalated greatly since the war had begun. The war reached a climax when Charles VII died in 1745. After this. Francis I was officially made the new Holy Roman Empire. This did not mean that the Habsburg army was any more powerful, though. Many parts of the Habsburg lands were sacked by several European countries. By the end of 1645, the Habsburg lands (namely Austria), was made to sign the Treaty of Dresden.

For the next couple of years, France seemed to hold the reins of the war, but Britain was also fairing well. Meanwhile, the Habsburg's were losing land left and right. It wasn’t until 1748 that the war finally ended with the signing of the Peace of Ai-La-Chapelle. By the end of the war, the Habsburg family had lost the lands of Silesia, part of Milan, Parma, and Guastalla.

After the war, Francis’s life was relatively peaceful. For the most part, Maria Theresa was in charge of politics, while Francis worked more in finances. Sadly, the nation almost faced bankruptcy under his rule, but many countries in Europe were not faring well during this time.

Francis I died suddenly on August 18, 1765, in Austria. He was 56 years old when he passed away. He was succeeded as the Holy Roman Emperor by his oldest son, Joseph II.