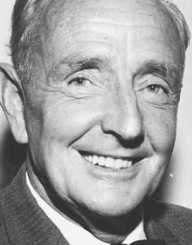 Burt Munro was a motorcycle racer, who set eight-speed records while alive, and one thirty-six years after his death.

Herbert James "Burt" Munro was born on 25 March 1899, in Edendale, Invercargill of New Zealand. Burt was a twin, but his twin sister died at birth. His parents were William Munro and Lily Agnes Robinson. He also had an older brother Ernest, who was killed in 1912.

Herbert had a penchant for speed, often riding horses fast and by 1915 sixteen- year old Burt bought his first bike. In 1919, he purchased a Clyno motorcycle and modified it. His first race was with the Clyno, setting some new records at the Fortrose Racing Circuit.

Burt Munro's first race with the Indian Scout was on the Penrith Mile Dirt Track in New South Wales, Australia. Burt spent time in Australia until the Great Depression.

During the 1929 Great Depression, he worked extra jobs as a motorcycle salesman and a mechanic to fund for his racing around the country and Australia, as well as parts of his motorcycle.

Burt Munro would continue to modify and improve on his Indian Scout for fifty- seven years.

After World War II, Burt Munro built a low garage which served as his workshop and home. He had chosen to make a garage as the building codes forbade low ceiling homes. He had also quit working in favor of improving his motorcycles.

Burt Munro managed to create his parts; he experimented making parts through trial and error. From cams to pistons, he later renamed the bike Munro Special, by that time the machine had little of the original remaining.

In 1962, Burt managed to take his first racing trip to America with his savings and loans, and by working as the ship’s cook on the journey there. He also bought a station wagon to haul his motorcycle to Bonneville.

Burt Munro was devastated to learn that he was not allowed to race at Bonneville, as he did not pass scrutineering. His American friends, Rollie Free and Marty Dickerson, managed to talk the officials into allowing Burt to race in the end.

Burt Munro was inducted into the AMA Motorcycle Hall of Fame in 2006. In 2014, his son John noticed a miscalculation by AMA and managed to be awarded posthumously, a world record of 184.087 mph. His times remain unbeaten.

Burt Munro was virtually unknown until Anthony Hopkins starred in The World’s Fastest Indian, premiered in 2005.

Indian Motorcycles produced a custom streamliner named Spirit of Munro in 2013. The motorcycle was a tribute to Burt’s achievements with the Indian Scout and to showcase the Thunder Stroke.

Burt Munro suffered heart problems in the late 1950s; doctors attributed it to the frequent crashes he experienced racing. Burt had a few runs until he suffered a stroke in 1977, but he recovered with diminished function.

After that, Burt Munro sold his motorcycles to a local dealer in Southland. Burt Munro passed away of natural causes on 6 January 1978; he was 78 years old.

Burt Munro was buried in Eastern Cemetery of Invercargill at Southland, New Zealand with his family.