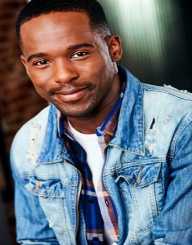 Wilson Pickett was an American singer and songwriter who contributed to the development. Born on March 18, 1941, he has more than 50 songs with several of them making it to the US R&B charts and the Billboard Hit 100. His hit songs include “In the Midnight Hour,” “Funky Broadway,” “Mustang Sally,” and “Land of 1,000 Dances”. In 1991, Pickett was inducted into the Rock and Roll Hall of Fame.

Wilson Pickett was born on March 18, 1941, in Prattville, Alabama. He was the fourth of 11 children by his parent. Pickett had a very bad relationship with his mother and describing her as "the worst woman in my book."In 1955, he moved to stay with his father in Detroit. Pickett passion for music started in his childhood as he began singing in the Baptist church.

Wilson Pickett's passion for music grew with him. Aside from developing his excellent singing talent in church, he also sang on the streets of Detroit. He joined the gospel group the Violin are in 1955 until 1959 when he left the group. Pickett ventured into circular music in 1959 by joining the Falcons after a successful gospel music career. Member of the group included Sir Mack Rice, and Eddie Floyd recorded the song Let Me Be Your Boy in 1959. Falcon’s major hit was "I Found a Love," co-written by Pickett.

Wilson Pickett embarked on a solo career after leaving Falcons. Some of his early recordings include "I'm Gonna Cry," which he collaborated with Don Covay.  He recorded the demo “If You Need Me,” which he sent to Atlantic Records to get a deal. However, Atlantic gave the song to Solomon Burke, who the company’s biggest star to perform and it became a hit. Peeved by what has happened Pickett also released his version of the song under double L Records to moderate success. He came to the limelight with the song “It’s Too Late” in 1963, which peaked at No. #7on the R&B chart. After the success, he released his debut album also titled “It’s Too Late,” 1963.

After achieving great success with his release, Atlantic bought Wilson Pickett's recording contract from Double L in 1964. At Atlantic, he was paired with songwriters Cynthia Weil and Barry Mann and record producer Bert Berns. Under them, he released recorded a duet “Come Home Baby” with Tami Lynn, but the song failed to chart. He had his musical breakthrough with the single “In the Midnight Hour” 1965 recorded at Stax Records’ studio in Memphis, Tennessee. The song became an instant hit selling over one million copies and reaching No. 1 on the R&B, #21 pop (US), and #12 (UK) charts.

That same year, he recorded singles including "Don't Fight It" “634-5789 (Soulsville, U.S.A,)" and "Ninety-Nine and a Half (Won't Do)." Pickett later recorded at Fame Studios after the owner of Stax Records banned outside productions.

During this period, Wilson Pickett recorded hit songs including a rendition of “Land of 1,000 Dances”, which made it to No. 1 on the R&B chart and No. 6 on pop hit. It was also commercially successful selling over one million copies. Other hits include a cover of Dyke & the Blazers’ “Funky Broadway,” and Mack Rice’s “Mustang Sally” both were commercially successful. He co-wrote most of his songs.

Wilson Pickett recorded several songs, of which some of them were songs by other songwriters and many others which he wrote/co-wrote. in 1967, he recorded song co-written by Bobby Womack including "I Found a True Love", "I'm in Love," "I'm a Midnight Mover," "Jealous Love," and "I've Come a Long Way," all at the American Studios. He recorded several other hits songs including the cover of Supremes’ “You Keep Me Hangin’ On” and The Archies “Suger Suger.” In 1970, he released a self-titled album including hit singles, "Engine No. 9" and "Don't Let the Green Grass Fool You." He left Atlantic Records in June 1972 to sign for RCA Records.

His works under RCA include "Take a Closer Look at the Woman You're With,” “Soft Soul Boogie Woogie" and, "International Playboy." RCA dropped him from the label in 1975, as he was unable to release top charted songs. In 1999, he released the album. It's Harder Now, which earned him a Grammy nomination.

Wilson Pickett's musical career was marked by several personal troubles. He was arrested in 1961 for shouted death threats while driving over the front lawn of the mayor of Englewood, New Jersey, Donald Aronson. The charges were dropped after agreeing to perform a benefit concert. He found himself on the wrong side of the law again after assaulting his girlfriend in 1962. In 1993, while driving in Eaglewood, Pickett knocked down Pepe Ruiz, an 86-year-old pedestrian with his car. He pleaded guilty to drunk driving and was sentenced to a year in prison and a five-year probation.

Wilson Pickett died on January 19, 2006, at age 64 of a heart attack at Reston, Virginia. He was buried at a mausoleum at Evergreen Cemetery in Louisville, Kentucky.

In 1991, Wilson Pickett was inducted into the Rock and Roll Hall of Fame and received a Pioneer Award from the Rhythm and Blues Foundation.