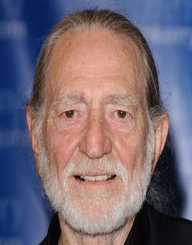 Willie Hugh Nelson is an accomplished American musician, singer, and songwriter. Born on April 29, 1933, the American icon is also a poet, actor, and activist. He has released several hit albums including Shotgun Willie, 1973, Red Headed Stranger, 1975 and Stardust in 1978 making him one of the most revered artists in the United States. He created his blend of country music, jazz, pop, rock and folk and a hybrid of jazz by employing techniques from varieties of music styles and with released singing style coupled with a nasal voice made his songs unique and had a broader appeal.

Aside from his music career, Willie Nelson has also chalked successes with his as an author and actor starring in over 20 movies. He found himself on the wrong side of the law when his assets were seized by the Internal Revenue Service for owning a US$32million. He was also arrested at the Bahamas airport in 1977 for the possession of marijuana. He also faced several arrests on the same charges.

Willie Nelson was born on April 29, 1933, in Abbott, Texas to Doyle Nelson and Ira Myrle Marie. Willie did not have the upbringing of his parent since his mother left soon after he was born and his father also remarried leaving Willie and his sister Bonnie in the care of their grandparents. Nelson was taught music at a tender age and age six; his grandfather bought him a guitar. At this time, he sang at church and age seven wrote his first song. Nelson’s love for music developed by day at a young age of nine, he was a guitarist for a local band Bohemian Polka.

As a young child in the care of his grandparents, Willie Nelson picked cotton to earn some income even though he hated the act. To replace it, he took on music to raise such salaries. Nelson was educated at the Abbott High School, where he was very active in sports. He played on the football, basketball and the baseball teams in the school. The like for games, however, did not affect his first love which is music. Nelson sang in school and played the guitar for The Texans band formed by his sister’s husband. He joined the United States Air Force for nine months after graduating from high school in 1950. Upon his return, he enrolled at the Baylor University in 1954 where he studied agriculture. He, however, dropped out in 1956 to pursue music.

Dropping out of school, Willie Nelson picked up jobs like a bouncer at a nightclub, saddle maker, a postman in an auto house and a tree trimmer. Nelson with his wife moved to Pleasanton, Texas where he got a job as a disc jockey in KBOP though he had no experience in the field. As a DJ, he made his first two recordings The Storm Has Just Begun and When I’ve Sung My Last Hillbilly Song in 1955 with equipment at the station. These recordings were done on used tapes and sent to SARG Records which they rejected. He also hosted The Western Express working with KDNT, KCUL and KCNC and played at the nightclub. In search of a better work, he moved to Portland, Oregon where his mother was living at the time.

Willie Nelson finally reached his musical dreams when he got to Oregon by making his first recording No Place for Me in 1956. The recording was however not successful. He was hired by KVAN in Vancouver, Washington and appeared on television shows. Nelson also worked as a radio announcer and sang in Vancouver clubs. He then moved to Springfield, Missouri where he worked as a dishwasher. Nelson would later return to Texas, drop his music career to make door-to-door sales of Bibles and vacuum cleaners.

Willie Nelson went through several other hustles without success until Liberty Records signed him in 1961 and started recording in August same year at the Quonset Hut Studio. There, he released two singles, Willingly and Touch Me. Both songs became successful charting in the Top 10. His first album And Then I Wrote followed in September 1962. In 1964, he was signed by Momentum Records where he released just a single track; I Never Cared for You. The Same year, he was signed by RCA Victor with a contract sum of US$10,000 per year.

Willie Nelson's success there begun in 1966 with making several hit tracks like One in a Row, The Party’s Over and Bring Me Sunshine which reached the Top 25 and became his best-selling records during his time with RCA Victor. Nelson refused to renew his contract with RCA and with his new manager, Neil Reshen, negotiated a payout deal of $14,000 with RCA. Reshen later got him a $25,000 per year deal with Atlantic Records becoming the label's first country music artist. His first recording there was Shotgun Willie in 1973 which was well received, but little success was achieved commercially. His other albums include Red Headed, Wanted! The Outlaws, The Sound in Your Mind, Trouble Maker, Waylon & Willie.

Willie Nelson made an acting debut in 1979 with the film The Electric Horseman and had since featured in films like Honeysuckle Rose, Thief, Coming Out of the Ice, Wag the Dog and several others.

Willie Nelson has been involved in several activisms like the legalisation of marijuana by joining the National Organization for the Reform of Marijuana Laws. With his advocacy of the use of biofuels, Nelson, his wife in partnership with Bob and Kelly King built two Pacific Biodiesel plant in Salem, Oregon and Carl’s Corner, Texas. He has been advocating for the passage of the American Horse Slaughter Prevention Act for better treatment of horses. Nelson is also a strong supporter of the LBGT movement and has been involved in most of their activities.

Willie Nelson married four times with the first being to Martha Mathews in 1952. The couple had three children, Lana, Susie and Willie Hugh Jr. The marriage which was characterised by violence by Matthews always abusing Nelson ended in 1962. He then married Shirley Collie in 1963 and divorced in 1971. The same year he got married to Connie Koepke, the woman who had mothered his son Paula Carlene during his marriage to Collie. The couple had another daughter Amy Lee Nelson but divorced in 1988.

Willie Nelson's last and current wife is Annie D’Angelo in 1991 and has since been blessed with two children, Lukas Autry and Jacob Micah. The family lives in Maui, Hawaii and also owns a ranch near Austin, Texas. Nelson has had several health issues including a lung collapse in1981 while swimming in Hawaii. He has also undergone surgery for carpal tunnel syndrome in 2004, and stem-cell therapy and several others.