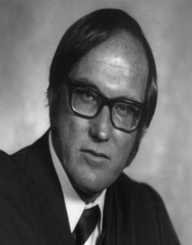 William Hubbs Rehnquist was an American lawyer who served the judiciary as Associate Justice and the Chief Justice of the United States. He was also a jurist.

William Hubbs Rehnquist was born to the couple William Benjamin Rehnquist and Margery Peck Rehnquist on October 1, 1924. His father was a sales manager dealing with printing equipment, stationery, and medical equipment. His mother was a civic activist and a homemaker. William’s grandparents migrated to the US from Sweden. William was born in Shorewood, Wisconsin.

William Rehnquist studied at Shorewood High School till 1942. He then attended Kenyon College in Gambier, Ohio for a small period and joined the U.S. Army Air Force.

William Rehnquist joined the military service from 1943 to 1946 most of the time working in the United States. He worked for three months at Will Rogers Field in Oklahoma City and another three months in Carlsbad, New Mexico and then joined Hondo, Texas. He was assigned the teaching programme. He taught how to maintain and repair weather equipment.

He, in 1945 went to North Africa for climate observation.

Rehnquist practiced a legal career in Phoenix, Arizona after obtaining the degree in Law from Stanford Law School. William worked at a junior level with Associate Justice H. Jackson of the United States Supreme Court from 1952 to 1953. During this period he prepared a note on segregation in schools. He advocated for separate but equal status.

William Rehnquist pursued his private legal profession in Phoenix, Arizona from 1953 to1969. He joined the firm Denison Kitchel and later as manager of the Barry M Goldwater in his presidential movement in 1964. He was associated with the Republican Party and was the legal advisor to the Goldwater movement. He worked with Harry Jaffa on lectures by Goldwater.

William Rehnquist persistently advocated for prayer in public schools. He had a restraining opinion on the rights of offenders and was in favor of the death penalty.

He had good relations with his co-workers and with those who opposed on fundamental issues.

During the presidency of Ronald Regan, the then Chief Justice Warren Burger retired in 1986. President Regan designated William Rehnquist to the position of the Chief Justice of US. Some senators objected to this nomination, but the Senate approved the appointment by a 65-53 vote. Rehnquist took the oath of office as Chief Justice on September 26, 1986. Antoni Scalia succeeded him as an associate justice in the position vacated by Rehnquist.

He presided over the impeachment trial against President Bill Clinton in 1999.

William Rehnquist was an addictive of a particular drug, Placidyl. He underwent treatment in George Washington University Hospital.

William Rehnquist was wedded to Natalie “Nan” Cornell on August 29, 1953. She was the daughter of a physician. She was an analyst before her marriage.

Three children were born to them. James is a lawyer and a sportsman. Janet is also a lawyer and Nancy an editor and a homemaker.

He lost his wife in 1991. She had ovarian cancer. Rehnquist had nine grandchildren.

Rehnquist acquired a home in Greensboro, Vermont where they used to spend their holidays.

William Rehnquist has authored three books. The Centennial Crisis: The Disputed Election of 1876 (2004)

William Rehnquist had anaplastic thyroid cancer. He died at his residence on September 3, 2005, a few weeks earlier to his 81st birthday. He was the first justice to die in office since Robert H Jackson in 1954.

Judge John Roberts and eight former clerks of Rehnquist were pallbearers. The casket was kept on the same frame on which Abraham Lincoln’s casket was kept. A large number of political personalities attended the funeral.

George Bush nominated Judge Roberts as the successor to Rehnquist. The US Senate confirmed the selection and Roberts took the oath of office on September 29, 2005.

John Roberts praised Rehnquist as a patriot who served the country with love.