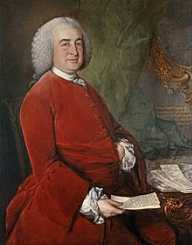 William Pitt, 1st Earl of Chatham, was very vocal and an ardent critic of government on issues like the Walpole corruption, the 1730s, Hanoverian subsidies, 1740s, peace with France, 1760s, and its policies towards the American colonies in the 1770s.

William Pitt, 1st Earl of Chatham, rose to become one of the influential members of the group. William Pitt, 1st Earl of Chatham, became a fierce critic of the government, which led to Walpole decision to punish him and other members of his like by arranging their dismissal from the army in 1736. This posture was seen as unconstitutional and an attack on their freedom of speech as protected by Parliamentary privilege. Even though Pitt lost his commission in the military, he was soon appointed by Frederick, Prince of Wales as one of his Grooms of the Bedchamber.

William Pitt, 1st Earl of Chatham relentlessly launched attacks on the Walpole government and his personality. He supported an inquiry into the last ten years of his administration in 1742. Walpole finally was forced out of office by the opposition after a poor showing in the 1742 elections and the disaster at Cartagena. Prior to the formation of a new government, Pitt aimed to have a junior position, but that proved futile as his wish of Pulteney taking over new governance failed. Lord Wilmington was chosen as the successor of Walpole shuttering Pitt’s dreams.

Although many of his colleagues in the Patriots were given positions but such was not granted privilege Pitt as King George had fell out with him especially with his critics on the King’s support and subsidies Hanover prior to the Hanover war. He was, however, later considered for a post and given the Vice Treasury of Ireland in February 1746, as he changed some of his stance on some of the issues. William Pitt, 1st Earl of Chatham, was later promoted to the post of paymaster-general in May that same year, earning his a place in the Privy Council. His handling of money and related issues drew compliments from the King and the people as they saw him as placing the nation ahead of his personal gains. William Pitt, 1st Earl of Chatham, was relieved of his post as paymaster in November 1755 as he was opposed to a new system of continental subsidies by the government. Pitt gained the seat of Okehampton in parliament.

After the death of King George II on October 25, 1760, his grandson, George III, succeeded him who has some fracas with William Pitt, 1st Earl of Chatham for his coalition with Newcastle and other issues. The King’s counsellor, Lord Bute was appointed to the cabinet as a Northern Secretary. Bute and Pitt could not reach consensus on several issues bringing about some disputes. In an impending threat from Spain and France, William Pitt, 1st Earl of Chatham proposed war on Spain to destabilize their effort but he gained no support from the cabinet. With this, he resigned from the cabinet in October 1761.

William Pitt, 1st Earl of Chatham, was given a pension of £3000 while his wife was created, Baroness Chatham. Few years after his retirement, there were several calls for return even though initial attempts failed. The King entrusted him with the formation of a new government after the then Prime Minister Rockingham was dismissed in July 1766. William Pitt, 1st Earl of Chatham, chose the office of Lord Privy Seal. On August 4, he became Earl of Chatham in the County of Kent and Viscount Pitt of Burton Pinsent in the county of Somerset. He discharged his duties successfully and did appointments on competence but not on connections and favors. Nonetheless, he resigned his post in October 1768.