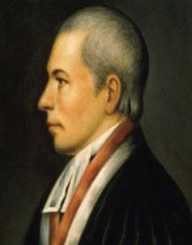 William Peterson was an American citizen who served the country in various positions including, an associate of justice, Governor of New Jersey and also a member of the Congress.

William Peterson was born on 24th December 1745 in North Ireland. At the age of two, his family moved to the U.S. After settling in Princeton, his father worked as a merchant. His family was relatively stable hence Peterson went to privately owned schools.

After lower school, he went to New Jersey College in 1775, where he earned his degree certificate. He proceeded to pursue his masters in the same University in 1776. Together with Richard Stockton, he went on to study law at Princeton University. After completion of his law degree, Peterson was admitted to The Bar in the year 1768.

William Peterson was among the writers of the New Jersey 1776 constitution. In 1776, he was appointed to serve as New Jersey Attorney General. During the Philadelphia Convention, Peterson represented New Jersey, a convention intended at providing equal representation of states in Congress.

After the amendment of the constitution, Peterson was elected to the United States Senate. During this time he helped in drafting the Judiciary Act of 1789. He relinquished his duties in the Senate to take over the Governorship of New Jersey. President George Washington appointed Peterson to serve as an Associate Justice of the Supreme Court, where he served until his demise.

William Peterson is one of the Patriots remembered to have engineered significant political and judicial changes in the United States of America. He led New Jersey during the American Revolutionary War. Between 1775 and 1776, Peterson was part of the New Jersey Constitutional Convention.

He married his second wife, Euphemia White, in 1785.

William Peterson suffered an accident in 1803, which caused severe long-term problems to his health. Peterson died three years later at the age of 60. His body was laid to rest in Van Rensselaer in New York.