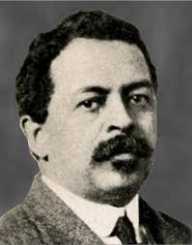 William Monroe Trotter was born on April 7, 1872. He was an American newspaper editor. He was also an activist and a businessman. He died at the age of sixty-two years.

He studied at Hyde Park High School. He later joined Harvard University. In 1895, he graduated and received his degree. In 1896, he achieved was masters. He earned Phi Beta Kappa Key.

In 1898, William Monroe Trotter worked with a real estate firm. In 1899, he started selling insurance and brokering mortgages as his open business venture. He later advocated for African-Americans via newspaper publish to seek chances of admission in higher institutions of learning. He alongside Grimke and Du Bois successfully argued for the African-Americans equality to political rights.

In 1901, he gave a hand in the formation of the Boston Literary and Historical Association. He later joined the Massachusetts Racial Protective Association which fought for equality in political rights. He was then the co-founder of the weekly newspaper The Guardian. He worked alongside Forbes in publishing it.

In 1903, William Monroe Trotter started organizing protest conferences due to the increased racism across New England. He was later arrested for the protests and spent thirty days in jail. He later after his release founded the Boston Suffrage League.  In 1904, his wife and sister later joined and assisted him in the publication due to the resignation of Forbes.

He was later elected the England Suffrage League’s President immediately after its foundation. In 1905, he alongside Du Bois and other two activists formed Niagara Movement to enhance fighting for equal economic rights as well as civil rights for African-Americans.

In 1906, the group started having differences over the inclusion of women. In 1907, Trotter resigned. In 1908, he chaired a conference with other activists which led to the formation of the National Equal Rights League.

In 1909, they joined and participated in the formation of the National Association for the Advancement of Colored People. In 1910, due to his long led protest, he succeeded in stopping the production of ‘The Classman’ screening. In 1911, he quit the group.

In 1913, after William Monroe Trotter gave his support to President Woodrow Wilson in the 1912 elections, he was granted a meeting with the president in talks against African-Americans racism.

In 1914, he again met with the president, but things did not end up well between them. In 1915, he led a protest against ‘The Birth of a Nation’ screening but was not successful. In 1919, he went back to the United States. In 1919, he used the Paris Peace Conference to up bring international awareness of the United States Government policy unto the African-Americans.

In 1921, in conjunction with the Roman Catholic, they were successful in banning ‘The Birth of a Nation.’ In 1923, his interest in the National Association for the Advancement of Colored People diminished, and he left the group.  He was a great activist for racism.

In 1899, William Monroe Trotter married Geraldine Louise Pindel who assisted him in his activist activity. In 1918, her wife died of influenza. He died on April 7, 1934, after falling from the roof in his home in Boston, Massachusetts. He died at the age of Sixty Two years.