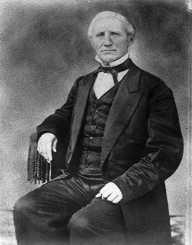 William Mason was a pianist and composer born in January 24th, 1829. He is best remembered as a great pianist of his time. He taught piano and was also a piano instructor. He came from a musical family who was not quite supportive of his music career. His father preferred a clergy career for him instead.

He still chose to pursue piano against the wishes of his father. He initially studied in the Boston Academy of Music and later in Germany. While in Germany, he studied under renowned pianists like Alexander Dreyschock among others. He later rejoined the US where a successful pianist career just began for William.

William Mason was born on January 24th, 1829 to a musical family. His place of birth was in Boston. Hi father was Lowell Mason.  His father was a renowned American church music member. Though he was into music himself, he wanted his son to pursue a different field. He wanted a clergy career for William. William Mason had a brother Henry Mason. He was among the founders of Mason and Hamlin Company. The company dealt with piano manufacturing.

William Mason went against the wishes of his father and chose to take piano lessons.  In 1845 he joined the Boston Academy of Music. Henry Schmidt gave him piano lessons while there. Meanwhile, he composed his piano piece ‘Deux Romances Sans Paroles’ and published it. He came up with his first composition in 1846 and was greatly appreciated. He moved to Europe after that.

In 1848, William Mason decided to extend his piano studies in Germany. In his five years stay in Germany, he was able to tour various cities. He toured Prague, Leipzig, and Weimar. He studied under prominent pianists like Ignaz Moscheles, Alexander Dreyschock, and Moritz Hauptmann. He later returned to the States in 1854.

William Mason began his concert pianist as soon as he returned to the US from Germany. He did some successful concert tours which was a great motivation to him. However, he moved to New York a year later when he realized he was not utilizing all his potential with musical tours.

In New York, he diversified his skills. He was not only a composer and performer but also a teacher. He also published many of his works during his stay in New York City. He became quite famous during this time. He was thought to be a great piano instructor and a keen teacher as well. He owned a studio located in Steinway Hall. This is where he did most of his work when he was not busy teaching. His Autobiography Memories of a musical Life was published later in the 19th century. It was published in 1901 in New York.

William Mason, the great pianist, remained single throughout his life. There were no known relationships he was thought to have been involved in.