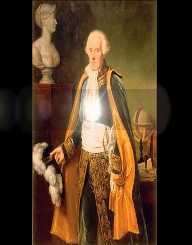 William Hopkins is a mathematician and geologist; he wrote Elements of Trigonometry.

William Hopkins was born on 2nd of February 1793, in the village of Kingston-on-Soar, Nottinghamshire. His father William Hopkins Sr. was a gentleman farmer, who would rent his land to others for a share of profit. Later the family shifted to Norfolk, William was the only child in the family.

William Hopkins did not have extensive education as his father deemed it unimportant. He hated farming, although he was educated in the practices of the agricultural field. He married a Miss Braithwaite, but she died around 1821 When he was twenty- eight years old. During his marriage, his father rented a farm in Suffolk, but he barely made ends meet. After the death of his wife, William sold the farm to pay off his debts.

William Hopkins enrolled into St. Peter’s College (also known as Peterhouse), an affiliate of University of Cambridge. William Hopkins studied mathematics and graduated Bachelor of Arts in 1827, and was seventh in the list of first-class honors in the Mathematical Tripos. In 1830, William got his Masters Degree.

William Hopkins second marriage meant that he was ineligible for a fellowship. Hence William became a private tutor for students studying mathematics at the University. He soon gains the title of Senior- Wrangler, as many of his students were successful in gaining first class honors. William Hopkins was also a member of the Cambridge University Cricket Club from 1825 to 1828, where he had played in four first-class cricket matches. William wrote and published Elements of Trigonometry in 1833, a book that established his skill as a mathematician. During the same year, he developed an interest in geology, after meeting Adam Sedgwick in Barmouth. William Hopkins was fascinated by the structure of the earth and wrote to Cambridge Philosophical Society and the Geological Society of London. William made a deduction that the Earth was solid but was dynamic; it had cavities that contained scorching fluids that could create a pressure that moves upwards.

William Hopkins idea was at odds with another theory that the Earth was in a steady state, where it had a solid crust but contained a liquid on the inside. William also wrote about rotation of the earth, using observations to prove his theory. William Hopkins then moved on to study effects of pressure on thermal conductivity and melting points. Working with William Fairbairn and James Prescott, the trio published a paper that showed substance would have increasing melting points with increasing pressure. Later, William Hopkins dabbled in glaciology, making the observation about motion of glaciers and rocks, creating glacial erratics. His paper was disparaged by J. D. Forbes, who protected his subject fiercely. Sir William Thomson had noted that, while William’s theory about the earth was correct, his reasoning and mathematics proving it was unsound. William Hopkins was made President of the Geological Society of London in 1851 for a year and was President of the British Association in 1853.

William Hopkins was award Wollaston Medal of the Geological Society of London in 1850, for his mathematical models.

William Hopkins married Caroline Frances Boys, and they had a son and two daughters. William passed away on 13 October 1866, in a psychiatric hospital in Stoke Newington. He was suffering from chronic mania and exhaustion. William Hopkins was buried in St Mary the Less Parish, Mill Road Cemetery.