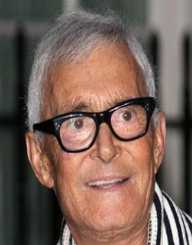 Vidal Sassoon was a British hairstylist best known for recreating the bob haircut.

Vidal Sassoon was born on January 17, 1928, in the district of Hammersmith, London. When he was very young, his father, Jack, abandoned the family. Because they were living in extreme poverty, his mother, Betty, had to give him and his brother, Ivor, to an orphanage. She was able to take them back a few years later.

Vidal Sassoon studied at the Essential Road Primary School. He was often mocked by the pupils for being Jewish among the Christian majority. During World War II, he joined a Jewish anti-fascist organization in London. After that, he spent a few years serving in the Israeli army.

Vidal Sassoon's mother tried to get him an apprentice spot in a hairdressing school when he was 14. She became very disappointed when she found out it was costly. The owner, well-known stylist Adolph Cohen, ultimately decided to give him the spot for free.

After coming back from the war, Sassoon started training with famous hairdresser Raymond Bessone. In 1954, he opened up his salon on Bond Street in London. He began experimenting with creating new hairstyles. He found his inspiration in architecture. He liked geometric shapes. He also preferred for the hair to be clean and natural, without any styling products like spray or lacquer.

In 1964, Vidal Sassoon created a geometric, angular version of the bob cut. It became his most famous creation. Soon, he was discovered by cosmetics executive Natalie Donny who advised him to expand his business to the United States. In 1965, he opened his salon on Madison Avenue in New York City.

In 1968, director Roman Polanski asked Sassoon to create a pixie cut for actress Mia Farrow for the film Rosemary's Baby. He accepted, and his name was mentioned in the movie. His business was expanding rapidly. He opened up dozens of salons and beauty school around the United States.

In 1973, Vidal Sassoon started his line of hair-care products called "Vidal Sassoon." The shampoos and conditioners were being sold worldwide, managing to earn hundreds of millions of dollars. A few different corporations bought the company over the years. At last, it ended up in the hands of the Procter and Gamble corporation from Ohio.

By the 1980s, Vidal Sassoon managed to sell all of his businesses. He wanted to focus more on philanthropy. In 1982, he started a center for the study of anti-Semitism. It was located at the Hebrew University in Jerusalem. This was part of his lifelong fight against the discrimination faced by Jewish people.

Vidal Sassoon also opened up his foundation. He started supporting different charities focusing on education and the development of the arts. He was involved in the relief efforts after Hurricane Katrina.

In 2009, Queen Elizabeth II appointed Sassoon as Commander of the Order of the British Empire. He got this title because of his charitable contributions.

Vidal Sassoon was married four times, and he had four children. His first wife was his salon receptionist, Elaine Wood. They were together from 1956 to 1958. His second wife was actress Beverly Adams.

They were together from 1967 to 1981, and they had three biological children and one adopted son. Two years later, he married Jeanette Hartford-Davis, a dressage champion, and former model. They divorced very soon after. In 1992, he married designer, Ronnie Holbrook. He stayed with her until the end of his life.

Vidal Sassoon passed away on May 9, 2012. He had been fighting with leukemia for a few years. He died in his home in Bel Air surrounded by his family members.