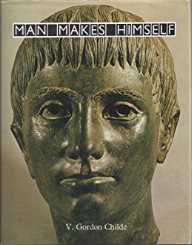 Vere Gordon Childe popularly known as V. Gordon Childe was born on April 14, 1892, in Sydney, New South Wales, Australia to Reverend Stephen Henry and Harriet Eliza Childe. They were a middle-class family of English descent. Gordon spent his childhood with five half-siblings, he being the only surviving child from his father’s second marriage. His poor health prevented him from attending school at the elementary level, and he was educated at home during the initial primary education stage.

However, V. Gordon Childe started attending school during the secondary level and completed his junior matriculation in 1909 and senior matriculation in 1910 from the Sydney Church of England Grammar School. He was a meritorious student and was able to score high marks in all of his subjects. He was a victim of bullying during his school days due to his fragile physique and unusual appearance.

In July 1910, Gordon’s mother passed away. His father soon married Monica Gardiner as his third wife. The relationship between Gordon and his father became strained particularly after his mother’s death. Gordon was an atheist and was a staunch supporter of Socialism whereas his father was a conservative, devout Christian. They had their differences of opinion about religion and politics.

V. Gordon Childe started studying Classics at the University of Sydney in 1911. He completed his graduation and secured a B.A. degree in 1914 winning the University Medal and Professor Francis Anderson’s Prize for Philosophy. Moreover, he was granted a £200 Cooper Graduate Scholarship in Classics allowing him to continue his study in the prestigious Queen’s College, University of Oxford, Great Britain. He was awarded a B.Litt in 1916 for his research on Indo-European archaeology and subsequent publication of his B.Litt thesis ‘The Influence of Indo-Europeans in Prehistoric Greece.’ He also obtained first-class honors in literae humaniores (humane letters) in the very next year.

In 1917, V. Gordon Childe returned to Australia and joined civil liberties defense group. He received a job of Senior Resident Tutor at St. Andrew’s College. However, as he participated and spoke in the Third Inter-State Peace Conference, the Principal of the College did not allow him to continue and under pressure from University authorities, forced him to resign.

Impressed by his reputation as an excellent Academician, some of the staff members helped V. Gordon Childe bag the job of a tutor in Ancient History in the Department of Tutorial Classes. However, the Chancellor of the University, Sir William Cullen was apprehensive about Gordon preaching socialism to the students and hence, prevented him from pursuing the job of tutor by canceling his appointment. It was a severe infringement of Gordon’s civil right, and two Australian Parliamentarian William McKell and T.J. Smith brought up the issue in the Australian Parliament.

V. Gordon Childe went to Maryborough, Queensland and took up the job of teaching Latin at the Maryborough Grammar School in 1918. His Socialist political affiliation again caused an opposition campaign from the local conservative people. The resultant abuse from unruly students forced him to resign. It was now becoming evident to him that the right-wing University authorities would, in all probability, prevent him from continuing a career as an Academician.

Accordingly, in 1919, V. Gordon Childe took up the job of a private secretary and speechwriter for the center-left Australian Labor Party politician John Storey, who was in opposition to the New South Wales' Nationalist government. In 1920, the Labor party achieved an electoral victory in the New South Wales Legislative Assembly, and John Storey became the State Premier. Gordon continued to work in his capacity for the party and 1923 wrote a book on the subject of governance titled ‘How Labour Governs.’

In 1921, V. Gordon Childe was sent to London by Storey to keep the British Press updated about the latest development of New South Wales. However, in 1922, George Fuller, the new State Premier, elected after the untimely demise of John Storey in December 1921 terminated Gordon’s employment. Gordon stayed back in London realizing the fact that he would not be able to find a suitable job as an academician in Australia due to his political affiliation. He concentrated on studying and spent most of his time at the British Museum and the Royal Anthropological Institute library.

Gradually, V. Gordon Childe earned a reputation of a learned prehistorian and was being invited to other parts of Europe to study prehistoric artifacts. In 1922, he went to Vienna, Austria to examine the unpublished material of painted Neolithic pottery from Bukovina kept in the Natural History Museum there. In 1923, he published his observations in the Journal of the Royal Anthropological Institute. During his visit to Vienna, he also used the opportunity to visit the museums of Czechoslovakia and Hungary and published an article called ‘Man’ in 1922 drawing the attention of the British archaeologists.

In 1922, V. Gordon Childe worked as private secretary to three Members of Parliament. He also worked as a translator for the publishers Kegan Paul, Trench, Trübner & Co. occasionally giving lectures at the London School of Economics. In 1923, he was taken as a member of the Royal Anthropological Institute and became its Librarian after two years. Around the same time, he authored three books titled ‘The Dawn of European Civilization,’ ‘How Labor Governs’ and ‘The Aryans: A Study of Indo-European Origins.’

In 1927, V. Gordon Childe was offered the post of the newly launched Abercromby Professor of Prehistoric Archeology at the University of Edinburgh, Scotland. He accepted the offer in September 1927. From 1928 to 1930, he was busy under the supervision of the excavation of the Skara Brae Stone Village in the Orkney Islands where he was able to find a well-preserved Neolithic village. In 1946, he was elected as the Director and Professor of European Prehistory at the Institute of Archaeology (IOA) in London. In 1956, he retired from the post of IOA Director and went back to Australia.

V. Gordon Childe came back to Australia after his retirement and went to the township of Wentworth Falls in the Blue Mountains, west of Sydney where he was raised. On October 19, 1957, Gordon was found dead after a fall from the Govetts Leap in Blackheath in the Blue Mountains. His earthly remains were cremated at the Northern Suburbs Crematorium. Though initially, Gordon’s death was thought of as accidental, various evidence found later draw the suspicion towards a possible suicide.