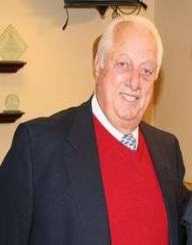 American baseball legend Thomas Charles Lasorda was born on September 22, 1927, in Norristown, Pennsylvania, United States of America. He was the second child among the five children of his parents Carmella and Sabatino Lasorda who had immigrated to the United States from their parent country Italy. A purely left-handed baseball player well-known for his strong ability as a baseball pitcher, Lasorda found his unwavering passion towards the game early in his life.

Thomas Charles keenly followed the great baseball players during his growing up years and took inspiration from their heroics on the baseball ground. Such was his association with the stalwarts of the game of baseball at that time that he knew all these players by name including their middle ones.

In 1945, T Thomas Charles was roped in by the Philadelphia-based professional baseball team Philadelphia Phillies after having seen his prowess as a left-handed pitcher and was signed as an undrafted free agent. He made his debut as a professional baseball pitcher in that season itself when he played in the Class D North Carolina State League on behalf of the Concord Weavers.

During the year 1946 and 1947, he served the United States Army and was unable to make him available in those two seasons. He made a sensational return to the baseball arena when he drove the winning run after having set a professional record, while playing in the Canadian-American League on behalf of Schenectady Blue Jays on May 31, 1948. He joined the Brooklyn Dodgers in 1949, after having drawn the attention of their scouts by his astounding pitching records.

Thomas Charles spent his initial years playing in minor leagues before finally breaking into the playing team of the big league in 1954. Turning out as a baseball pitcher for Brooklyn Dodgers he made his major big league debut on August 5, 1954. He joined the Kansas City Athletics in 1956 after serving the Dodgers for two seasons.

Thomas Charles was again traded by the Athletics to New York Yankees. Lasorda played a total of 22 games for the Triple-A Denver Bears during the 1956-57 seasons. He was then again handed back to Dodgers in 1957. He was immensely influenced by the Denver skipper Ralph Houk during his short stint with it and placed Houk as a role model for his future sojourn.

In 1958, after winning the minor league championship for the fifth time in his career, Lasorda was voted as the International League's Most Valuable Pitcher. He finally left his parent team Brooklyn Dodgers on July 9, 1960.

Thomas Charles really excelled as a professional baseball coach. After the end of his career as a baseball player, he began working as a scout for the Los Angeles Dodgers. He spent 5 years from 1961 to 1965 in this capacity. In 1966, he was entrusted to manage the affairs of the Pocatello Chiefs in the rookie leagues.

His next assignment was overseeing the participation of the Ogden Dodgers in the Pioneer League Championship in the capacity of Manager. He successfully conducted his role throughout the three seasons from 1966 to 1968. In 1969, he became the Dodgers' AAA Pacific Coast League manager. He served the post until 1972 when his team won the PCL Championship. In 1973, he was the manager of the victorious Dominican Winter Baseball League team Tigres del Licey, who happened to win the 1973 Caribbean World Series title with a 5-1 win-loss record.

Thomas Charles came back to the major big league fold in 1973 as a third base coach for the Hall of Fame manager Walter Alston. He remained with the Los Angeles Dodgers in the same capacity for the next four seasons regularly declining offers from other major baseball league teams. In 1976, he was declared as a successor to Alston.

After taking the reins of the Los Angeles Dodgers, Thomas Charles in his capacity as a manager, saw his team trading a victorious path and carefully guided the team. Dodgers could make them eligible for competing in the World Series Championship both in 1977 and in 1978.

He became only the fourth manager to have occupied the position of manager for more than 20 years with the same team. He was voted Manager of the Year twice by the Baseball Writers' Association of America. As manager of the American Olympic Baseball Team, he was instrumental in securing their first ever Olympic Gold in the 2000 Olympic Games held in Sydney, Australia.

Thomas Charles married Jo Lasorda on April 14, 1950. They together have two children.