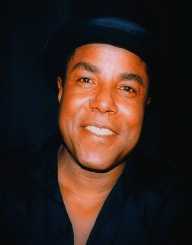 Songwriter, singer and musician Tito Jackson was born on the 15 October 1953 in Gary, Indiana to millworker Joseph and his wife, Katherine Jackson.

As a boy, Tito Jackson became interested in playing the guitar, and his father encouraged him to form a singing group with his siblings Jermaine and Jackie called the Jackson Brothers.

His younger brother Michael later joined the group as lead vocalist. Around this time the group had been playing locally and also took part in talent shows. By 1965 the group had become known as the Jackson Five. At this stage, their father was still working, but he managed the group part-time.

The group continued with Motown until 1976 when they signed with CBS Records. During this time, Tito Jackson emerged as a songwriter and wrote various songs with his brothers. They recorded a total of 17 albums, the final of which, 2300 Jackson Street,  was released in May 1989.

Tito Jackson managed his three sons group, 3T which was formed in 1989. He performed with his brothers in Detroit in 2009 at the Motown 50th anniversary and also worked as a solo artist and a judge on singing competitions and appeared on the reality show The Jacksons: A Family Dynasty (2009). He had a hit in 2016 with getting It Baby from his album Tito Time, becoming the 9th member of his family to have a hit on the solo charts.

Between 1972 and 1988, Tito Jackson was married to Delores Martes. The couple had three sons.  After their divorce, Martes was found dead in a swimming pool in August 1994 and her boyfriend at the time, Donald Bohana, was found guilty of her murder.