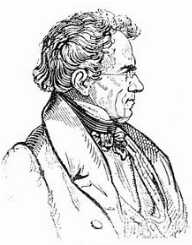 Thomas Blanchard was born 24th June 1788, in Sutton, Massachusetts, in the United States.

Blanchard worked with his brother making tacks by hand. He found the process tiring and uninteresting, and as a result in 1806, Blanchard patented his first machine. It was a machine that made tacks at the rate of 500 per minute.

Blanchard sold the rights to his machine for the sum of $5,000.

The Springfield Armory then hired him, and Blanchard invented the machine that streamlined the manufacturing process for gun barrels. He completed the device in 1822.

After his first machine, Blanchard then created a lathe that copied the shape of things. The cutter was used to make shoe forms which allowed standard sizes for shoes.

Blanchard invented the steamboat and the machine that was able to bend strong wood. He also created machines that cut and folded envelopes.

The government granted Blanchard 25 patents during his lifetime for his different inventions.