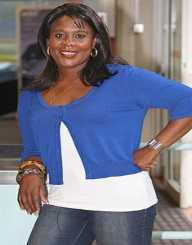 Tessa Sanderson also was known as Theresa Ione Sanderson was born on March 14th, in 1956. She is a celebrated former javelin thrower who earned high acclaim after becoming the first black British lady athlete to bag home a gold medal. During this time she had competed in 6 Olympics beginning in 1976 to 1996. She successfully managed to win a gold medal in 1984.

Tessa Sanderson was born on March 14th, in 1956. Her place of birth was in St Elizabeth in Jamaica. When she was young, she lived with her grandmother. Later on, she migrated and went to live in England where her maternal parents lived. When she was a teenager, she portrayed her javelin throwing talents. This was evident in the youth competitions that she participated in when she was still a teenager.

In 1975, Sanderson performed well in the UK javelin competitions. This gave her an opportunity to participate in the 1976 Olympic Games. During this time, competitions were hosted in Montreal. Her first participation was however not successful as she only managed to emerge 10th place.

1984 marked the turning point of her sports career. During this period, Sanderson was the javelin gold medal winner. This was also another record that she had set. She earned the recognition of being the first British woman to take home the gold medal title in the Olympic Games. After that, she featured in other six Olympic Games. Her best performance was recorded in Los Angeles in 1984 as she won a gold medal during this time.

At some point, Sanderson featured in some TV shows where she covered sports including Olympic Games news. In 1996, she officially retired from participating in professional competitions. After this, she majorly involved herself in philanthropic activities. One of her efforts of helping the community was through the formation of Tessa Sanderson Foundation and Academy. This was an education program that would offer assistance to physically challenged and disadvantaged children.

After that, in 1999, Sanderson was appointed to serve as Sports England’s vice chair. This is a post that she held until 2005.

Tessa Sanderson got married to a fellow athlete named Densign White in 2010. White was a judo Olympic athlete. Sanderson currently does not have children. Rumor has it that she yearns to adopt some in the near future.