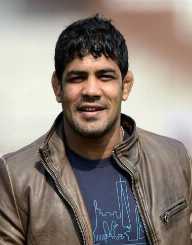 Sushil Kumar was born on May 26, 1983. He is an Indian freestyle wrestler. He became the first Indian to win two consecutive individual Olympic Medals. His inspiration to take up wrestling came from his father and his cousin. He has a supportive family that supports him in everything that he does. Kumar endorses a lot of products, unlike other wrestlers. He is a role model to many youths who want to become wrestlers.

Sushil Kumar was born on May 26, 1983, in Baprola village in the outskirts of New Delhi. He was born to Diwan Singh and Kamla Devi. His father was a wrestling enthusiast in his own right. His cousin Sandeep was a wrestler, and he was inspired by him to take up wrestling as a career. He was also inspired by his father who wanted the best for him. At 14, He started training as a wrestler at the wrestling academy in Chhatrasal Stadium in New Delhi.

Sushil Kumar was trained with trainers such as Satpal. He started competing in the junior levels. In 1998, he won his first gold medal at the World Cadet Games. In 2000, he won a gold medal at the Asian Junior Wrestling Championship. He was noted as one of the emerging wrestlers in India.

In 2005, Sushil Kumar received the Arjuna Award. Three years later, he received the Rajiv Gandhi Khel Ratna Award. In 2011, he was awarded the Padma Shri Award.