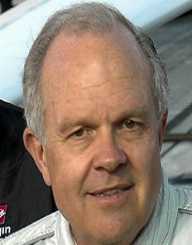 James Stephen ‘Steve’ Fossett was an American entrepreneur, pilot, mariner, and explorer. He is well-known for his many world records and made substantial strides as a financier.

Steve Fossett was born on April 22, 1944, in Jackson, Tennessee, US. His father encouraged James to undertake adventures and made him a Boy Scout. When he was 12, James climbed the mountains of California. His first adventure was with the San Jacinto Mountains. James took up mountaineering as he thought he did not have a natural talent in athletics.

James achieved the top rank as Boy Scout of the Eagle Scout. He also became a member of Troop 170 in Orange, California. He became a Vigil Honor member of the Order of the Arrow of the Boy Scouts’ honor society. He did the job of a Ranger at Philmont Scout Ranch in Mexico during 1961 summer.

Steve Fossett studied in the Garden Grove High School, Garden Grove, California. Fossett obtained his degree from Stanford University with a degree in economics. He was a member of Sigma Alpha Epsilon association, and they encouraged James in swimming.

Fossett obtained his MBA from the Olin School of Business at Washington University in St. Louis, Missouri in 1968.

Steve Fossett joined IBM as a consultant for Deloitte and Touche and later shifted to Marshall Fields. Here he was attracted to finances.

In 1973, Fossett worked for Merrill Lynch as a commodities salesman in Chicago and achieved remarkable success in his career. In 1976, he worked for Drexel Burnham to work on the Chicago Board of Trade. He did market services of the firm on the phone in the exchange. In 1980, Fossett rose to prosperity by renting exchange membership on the Chicago Board Options Exchange.

In 1989, Steve Fossett established his business, Marathon Securities and Lakota Trading, after gaining fifteen years of expertise in other companies. He earned millions in the process of floor trading. Lakota Trading started branches in the United States and London. Later in life, Fossett spent his earnings on adventures.

Steve Fossett achieved many world records in balloons, sailboats, gliders, and aircraft. He completed a solo balloon around the world at his sixth attempt in 2002.

In the aviation field also, Fossett achieved which no pilot had made records.

In 2005, Fossett was successful in making a solo flight circumnavigating the world in an aircraft in 67 hours using a single engine jet aircraft. He continued his efforts again in 2006 and created a record by covering 41,467 km.

Steve Fossett was the first person to travel to land in Leader, Saskatchewan in Canada crossing the Pacific Ocean from South Korea in a balloon.

In 2002, he created a record by traveling alone, nonstop, around the world. He set some records in ballooning.

He has 13 World Records in the fields of aviation.

Mountain Climbing was a passion for Fossett for life. He has scaled six tallest peaks in six continents. He could not climb the Mount Everest due to asthma complaints in 1992.

Steve Fossett completed the Iditarod Trail Sled Dog Race in 1992. He swam across the English Channel in 1985. He competed in Ironman Triathlon in Hawaii (1996), the Boston Marathon and the Leadville Train 100, The Colorado Ultramarathon in the Rocky Mountains.

Fossett was a scout in Garden Grove, California and achieved the Eagle Scout award in 1957. He was a member of many committees. He was awarded the Distinguished Eagle Scout Award in 1992 and Silver Buffalo Award in 1999.

Steve Fossett married Peggy Fossett (nee Viehland) from Richmond Heights, Missouri in 1968. The couple had no issues. They had acquired properties in Beaver Creek, Colorado, and Chicago and Carmel, California.

Fossett was a very close friend of Richard Branson of the UK, a billionaire. Richard had sponsored many adventures of Fossett through Virgin Group.

Steve Fossett took off from Flying-M Ranch on the morning of September 3, 2007. He was never seen again. It is believed that he died of an air crash in the Sierra Nevada Mountains, California, US.

Steve Fossett has received many awards such as Gold Medal of the Federation Aeronautique Internationale (FAI) (2002), Aviation Hall of Fame (2007), Balloon and Airship Hall of Fame (1997), Rolex Yachtsman of the Year.

Inducted into the International Air and Space Hall of Fame.