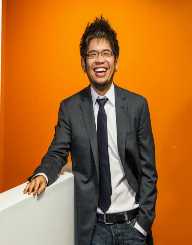 Steve Chen was born on August 18th, in 1978. He is an internet entrepreneur famous for his famous innovation of YouTube. Well, he is not popular among people out there, but it is through his innovations that people have adopted new ways of communicating through YouTube.

Steve Chen was born on August 18th in 1978 in Taipei, Taiwan. When Chen was still young, his family immigrated to the U.S. Here; he went for his junior education at the River Trails Middle School. Later on, he attended John Hersey High School situated in Arlington Heights. After high school, he went for his college education at the University of Illinois at Urbana-Champaign where computer science was his major. He graduated from the university in 2002.

At the beginning of Chen’s business career, he was an employee at PayPal. It is while working at this financial institution that Chen met with his other partners Jawed Karim and Chad Hurley, who would later be the founders of YouTube. Chen did not work long for PayPal as he quit only after a few months. He joined his partners in bringing together ideas that would bring a difference to the internet fraternity.

In 2005, Steve Chen, Jawed Karim and Chad Hurley together founded YouTube. During this period, Chen was regarded as the chief technology officer. The following year, Chen was hailed by Business 2.0 as one of the top 50 individuals that matter a lot in business. On October 16th, 2006, Chen and his partner, Hurley sold their YouTube Company to Google Inc. Their highly acclaimed internet business was priced at $1.65 billion.

Shortly after selling their company, Hurley and Chen again paired together to come up with AVOS Systems.

Steve Chen tied the knot with Park Ji-Hyun. She is now called Jamie Chen. The couple has two children.