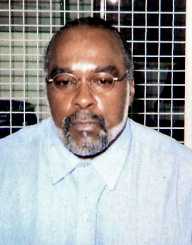 Stanley Williams? is a former founder of the Crisp Gang founder in Los Angeles. He was the first person to be nominated for a Nobel Prize for Peace six times while serving a jail term.

Stanley Williams III was born in New Orleans, Louisiana on December 29, 1953. He was the child of a teenage mother aged 17. His father abandoned the family a year after his birth. In 1959, he went with his mother to Los Angeles. They settled in the South Central district. He lacked a father figure to guide him in his formative years. Due to the violence in the neighborhood, Williams learned to defend himself on the streets.

He wandered into his neighborhood seeing drunkards, drug users and other forms of vices. He became the target of the old bullies in the new neighborhood. He chose to stay at home or fight in the streets depending on the situation. Williams confirmed the stereotypes of the black community he saw on the media. On the streets, Williams was introduced to all kinds of violence and gambling. William became the prey to the strong, or predator to the weak.

Williams was a student at George Washington Preparatory High School. He rarely attended classes. He turned to violence within the school and was expelled from the school. Due to the bad juvenile record, William was denied entry into other high schools. He became a regular at the Central Juvenile Hall in Los Angeles. The Juvenile Hall was a detention center for young men and women involved in violence and other unbecoming behaviors in the community.

In 1969, he met Raymond Washington on the streets of South Central. The pair formed a street partnership to defend their neighborhood against bigger gangs. They called their group The Crips. It started with 30 members. It broke into two cells, Eastern and Western Crips. Williams and Washington gradually lost control of the groups over the years. The group grew and disintegrated into smaller units. In 1979, the group had a statewide network, with different allegiances.

With many cells, the group fought internal territorial wars within itself. In 1979 Raymond Washington was shot to death in Los Angles. His faction blamed the Hoover Crips faction. A brutal war against the Hoover Crips gang erupted. The Los Angeles Police never arrested anyone.

Early that year, Williams and his gang went into a shop in Los Angeles. He forced the clerk to walk to the back room of the shop. Williams shot and disabled the security camera and monitor. He turned his gun on the clerk Albert Owens twice in the head. Three other gang members took the money in the cash register and left. Williams and his gang stole USD 120. On March 11, 1979, Williams forced himself into the Brookhaven Motel in Los Angeles. He drew his gun and shot three people. The three were members of a Taiwanese family who operated the motel.

In 1981 the police opened a prosecution case against Williams. He was accused of killing the three Taiwanese family members and Albert Owens. He denied all the counts. The police provided ballistic evidence linking the bullets at the crime scenes to his gun. Fellow Crips gang members turned state witnesses testified against him in the cases. On April 20, 1979, he was convicted of all the counts and sentenced to death.

Williams continued to engage in violence in prison. He was sent to six and a half years in solitary confinement in the 1980s.

William started working on his life two years into his solitary sentence. He embraced a character change in prison. He started advocating against gang violence. He appealed against his death row sentence in 1988. He was denied. He came out of solitary prison in 1994.

In 1996, Williams co-published a book with Barbara Becnel with the title Tookie Speaks Out Against Gang Violence. Over the years, Williams published six other books with the same title. He targeted the youth in the inner cities. After apologizing for the creation of Crips Gang, Williams wrote the book Life In Prison.

Williams was nominated six times for the Alfred Nobel Prize for Peace. In 2002, he appealed against his death sentence. Again, Williams was denied a commuted sentence. In 2004, he brokered the Tookie Protocol For Peace. He got the Crips Gang and their perennial rival The Bloods to end their rivalry and promote peace. In 2005, he published his memoirs, Blue Rage, Black Redemption: A Memoir.

In 2005, Williams and civil rights organizations in Los Angeles petitioned Governor Arnold Schwarzenegger for clemency. After the clemency appeal was denied, Williams was executed on December 13, 2005, by lethal injection in San Quentin State Prison.

Stanley Williams became the first prison convict to be nominated for a Nobel Prize for Peace. He was nominated a record six times. Despite his death, Williams became a beacon of hope for the transformation of former gang members.

He was honored by the NAACP, for his efforts to clean the streets of Los Angles while in prison. Like the California Governor Schwarzenegger, Williams was an ardent bodybuilder of repute in his youth.