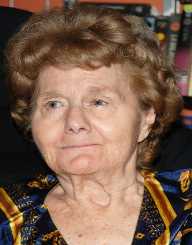 Shelley Winters was born on August 18, 1920. She was an American actress. Her career in the film industry spans over five decades. She started acting in the 1930s, but her big break came when she appeared in the Broadway play ‘Rosalinda’ which was directed by Max Reinhardt. She appeared in several Broadway plays including ‘Oklahoma!’, ‘The Night of the Iguana’ and ‘A Hatful of Rain’ among others. She made a name for herself as an actress as she was determined in all that she did. She appeared in films such as ‘The Night of the Hunter,’ ‘The Big Knife’ and ‘A Place in the Sun’ among so many other films. She died on January 14, 2006.

Shelley Winters was born Shirley Schrift on August 18, 1920, in St, Louis, Missouri. She was born to Rose who was a singer with the Muny and Jonas Schrift who was a designer of men’s clothing. She was born to Jewish parents. When she was three years old, her family moved to Brooklyn, New York.  She attended The New School in New York. She had an interest in acting from when she was a teenager as she used to perform in school plays. Her father was once accused of arson and sentenced to jail, but he was later acquitted. This incident devastated her and she never fully recovered from it.

In 1938, Shelley Winters auditioned for the leading role of ‘Gone With the Wind,’ but she did not get the part. However, she was advised by director George Cukor that she should finish high school first and then take up acting lessons. She took up several jobs to finance and pay for her acting classes which she attended at night.

Shelley Winters made her acting debut in the 1930s in the Broadway plays such as ‘The time of Your Life’ and ‘The Night Before Christmas’ among others. She adopted the name Shelley Winters from her inspiration poet Percy Bysshe Shelley and her mother, Rose Winter. She was initially Shelley Winter, but Universal Studios added the‘s’ on the winter after she landed a contract with them.

In 1942, Shelley Winters appeared in the Broadway play ‘Rosalinda’ which was directed by Max Reinhardt. She was spotted by Henry Cohn, the president of Columbia Pictures while playing in the Broadway play. Columbia pictures later signed a contract with her. She moved to Los Angeles and started working for Columbia Pictures. She was paid a weekly income of $100. Her debut film was ‘What a Woman!’ and w she played the role of a secretary. She later appeared in films such as ‘Two Smart People,’ ‘The Gangster’ and ‘Tonight and Every Night.’

In 1965, Shelley Winters starred in the film ‘A Patch of Blue’ which was directed by Guy Green. The film was a huge success, and it fetched winters her second academy award in the category of Best Supporting Actress. She continued to appear in Broadway plays such as ‘A Hatful of Rain’ and ‘The Night of the Iguana’ among so many other plays.

In 1972, Shelley Winters appeared in the film ‘The Poseidon Adventure’ that fetched her a Golden Globe Award for Best Supporting Actress. She went ahead to appear in other films including ‘Wild in the Streets’ and ‘Lolita’ among many others. She starred in several series as well including ‘The Love Boat,’ ‘Alcoa Premiere’ and ‘McCloud’ among others. She also appeared in movies such as ‘The Initiation of Sarah,’ ‘Alice in Wonderland’ and ‘The Devil’s Daughter.’ In 1980, she published her autobiography titled ‘Shelley.’ In 1989, a sequel of her autobiography titled ‘Shelley II: The Middle of My Century’ was published.