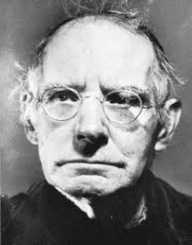 Born as John Casey in Dublin, Ireland on March 30, 1880, Sean O’Casey was the last of the children born to Michael and Susan Casey. He developed poor eyesight at an early age. He suffered from eyeball ulcers all through his life. His father died in 1886 when he was about six years.

The situation plunged the family into gradual poverty. They moved from one slum house to the other for lack of rent payment. Due to his frail eye condition, he delayed going to school until he reached thirteen years. At the behest of the local Irish cleric, Sean O'Casey started his literacy classes.

As a young man, O’Casey embraced the ideals of the rising wave of Irish nationalism against the British. He dropped his Anglicized name John Casey and adopted the Irish version Sean O’Casey to conform to his new identity. He learned and mastered the native Gaelic language of the Irish people. In 1906, he became a member of the political formation, Gaelic League.

Sean O'Casey derived his zeal for the movement from the poverty he grew and saw in his family and the hardships of laborers. He became a disciple of the Irish labor movement leader Jim Larkin.

The paramilitary outfit became the armed wing of the labor movement. In March 1914 he became the Secretary-General of the Citizen Army. He helped the movement formulate a legal constitution which governed all the individual affiliates within the movement. He resigned from the post in July of the same year.

In 1916, the Irish Citizen Army led a revolt against the British in Dublin. O’Casey stayed away from the armed campaign. Disgusted by the nationalist politicians, he left the politics of the day and went to drama.

Sean O'Casey suffered a tragic start on his career. Many of his early plays got rejected by the Abbey Theater in Dublin. He got his breakthrough in 1923. He got his first accepted play The Shadow of a Gunman showcased at the theater. The play serialized the Irish struggles for independence from the British. O’Casey portrayed the zeal of the Irish Republican Army in its quest to wrestle the British colonial occupiers from Dublin.

He wrote his second play for the Abbey Theater in 1924 titled Juno and the Payback. He cast the set in the days of the Irish civil war. He exposed the ill effects of the conflict between the Irish political elite on the poor working families in Ireland.

Fearing the Irish nationalist, Sean O’Casey left Dublin for London in 1926. He settled in London and 1929, and he wrote the play, Silver Tassie. He did another play in 1934 called Within the Gates. In 1940, he produced a political anti-fascist drama The Star Turns Red. He revisited his old days as a laborer in the 1946 drama Red Roses for Me. He set the cast in the 1911 Dublin during the Irish railway workers strike. He brought to the British public in London the hardships that the Irish endured during the labor revolutions in Dublin.

O’Casey did other plays during his self-imposed exile in London. Notable plays include the 1949 production Cock-a-Doodle Dandy, The Bishop’s Bonfire done in 1955 and the 1961 play The Drums of Father Ned.

In his writing, Sean O’Casey concentrated in exposing the hardships of the Dublin slums he grew in. Almost all his plays centered on the issue of poverty, and the industrial struggles of the exploited workers. In some plays, he opened up the space to include the nationalist agenda, but still included its effect on the poor.

Sean O’Casey died in Torquay, England on September 18, 1964, aged 84. He left behind his widow Eileen and two of his three children.

His original work and personal letters are displayed in libraries in Britain, Ireland and the US. In Dublin, the footbridge on the Liffey River is named after him.