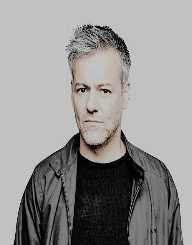 Rupert Graves was born on June 30, 1963, in Weston-super-Mare, Somerset, England.

Rupert Graves first began his television acting career in the late 1970’s. His first official roles was the Prefect in Return of the Saint for one episode. In 1979, he played the character Yan twice on The Famous Five.

In the early 1980’s, Rupert Graves continued to act in television shows. In 1981, he earned his first long recurring role as Tipping in Vice Versa, which he acted in for six episodes. It was also in 1982 that he began to act in made-for-television movies, the first of which being Good and Bad at Games, followed by St. Ursula's in Danger and Puccini. It wasn’t until 1985 that he earned a role in a feature film, as Freddy Honeychurch in A Room with a View. Some of the other projects he worked on in the 1980’s included A Handful of Dust, Fortunes of War, and Maurice.

In the 1990’s, Rupert Graves spent less time working on television shows, now only appearing in small guest roles on shows like Screen One, Harry, and Cleopatra. Instead, he was spending much of his time working on both made-for-television films as well as feature films. Some of his most famous projects from this decade include The Children, A Private Affair, Open Fire, The Madness of King George, Intimate Relations, and The Revenger’s Comedies. He also had recurring roles on the television mini-series 1914-1918 and The Tenant of Wildfell Hall.

With the 2000’s came another change in Grave’s career. During this decade, he spent much of his time working on television series and mini-series. He continued to work on made-for-television movies and feature films. Some of the mini-series he worked on during this decade include The Forsyte Saga, The Last King, Son of a Dragon, and Midnight Man. Some of the other projects he worked on during this decade include Extreme Ops, The Waiting Room, The Dinner Party, Walking the Dead, Inspector Lewis, and V for Vendetta.

So far, the 2010’s have arguably been Grave’s most productive years as a television actor. He has been involved with several television series and mini-series with recurring roles in both categories. Possibly his most famous role (as DI Lestrade in Sherlock) began in 2010. He has been working in this role since the start of the decade, and though the show is often on hiatus, he continues to work on it as of 2017. Some of his other famous shows include The Family, Last Tango in Halifax, The White Queen, Secret State, and Garrow’s Law. Of course, he continued to work in feature films and made-for-television movies such as Sherlock Uncovered, Fast Girls, Salting the Battlefield, and Sacrifice.

As of 2017, Rupert Graves is working on several other films in post-production, including Swimming with Men and Lie of You, which are both expected to be finished in 2018.

Rupert Graves’s theater acting career started slightly later than his television acting career, in the early 1980’s. The first major play he was in was The Killing Of Mr. Toad. The 1980’s were some of Graves’s most productive years as a theater actor. During this decade he also acted in Amadeus, The Importance of Being Earnest, and The History of Tom Jones, as well as acting in other smaller productions.

As the 1990’s rolled around, Rupert Graves continued to act in theatre, mostly in London. Some of his famous plays from this decade include A Midsummer Night’s Dream, Design for Living, Hurlyburly, and The Iceman Cometh.

Graves’s theatre career slowed in the 2000’s, with his last major theater work (The Exonerated) being performed in 2006. Some of his other plays from this decade include The Caretaker, The Elephant Man, and A Woman of No Importance.

Although Rupert Graves has a long television and film acting career, he has only earned one award so far: the Montreal World Film Festival Best Actor award for his role in the 1996 film, Intimate Relations. He has also been nominated for the Crime Thriller Awards (UK) for the Dagger award for Best Supporting Character in Sherlock.

However, Graves’s has won two theatre acting awards. These include the Outer Critics Circle Special Award and the Theatre World Award, both of which were won in 1999.