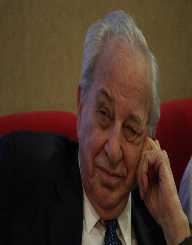 Rudolph A. Marcus was a Canadian born chemist who became famous in his discovery regarding chemical systems. He was among the people who made contributions on the study of electron transfer reactions. Rudolph A. Marcus was born in Montreal, Quebec in 1923, July 21 and had dual citizenship for both America and Canada.

Rudolph was awarded the Nobel Prize in Chemistry in 1992 because of his theory which was known as ‘Marcus Theory.’ This theory has been used to define and elaborate several significant processes in biology and chemistry like Corrosion and photosynthesis. Rudolph became a renowned professor at Caltech Technological University in Singapore to date.

Rudolph A. Marcus was the son of Esther nee Cohen and Myer Marcus and was born on July 21, 1923. Rudolph A. Rudolph grew up as a vibrant child in Montreal, Quebec who emulated his father’s personality. He loved mathematics and science while in school and had interest in reading widely from different sources. Rudolph went to Byng High School and later attended McGill University from where he graduated in 1943 with a B.Sc. Rudolph also attained a Ph.D. in 1946 having studied other courses as well which helped him formulate his electron transfer theory.

After graduating from University, Rudolph went to the National Research Council to pursue a post-doctoral program. He became interested in theoretical postdoctoral studies and researches which saw him enroll at the University of North Carolina in 1949. Rudolph came up with the ‘Rice-Ramsperger-Kassel-Marcus’ (RRKM) theory in the 1950s. This theory was a combination of two theories from 1920 and 1930 known as RRK theory and transition state theory respectively.

By the time Rudolph was joining the Polytechnic Institute at Brooklyn, he had printed out his work in 1951. This was the same year he joined the institute and became a fully certified researcher. He later wrote a double paperwork on electrostatics in 1954 to 1955 after extensive research and experiments. Additionally, Rudolph went to the University of Illinois and there studied reaction dynamics like ‘natural collision coordinates.’ Rudolph also became a professor at Oxford University in 1975 and California Institute of Technology in 1978. Rudolph is now a professor at Nanyang Technological University in Singapore and is part of the International Academy of Quantum Molecular Science.

Rudolph is the founder of the ‘Marcus Theory’ which has aided in explaining how electrons transfer in a chemical reaction. At first, it only expounded on how electrons moved in the outer sphere, but it was revised to include the movements in the inner sphere.

Before the Nobel Prize, Rudolph had won other awards including ‘The Irving Langmuir Award of the American Chemical Society’ (1978), ‘The William Gibbs Award’ (1988), ‘The National Medal of Science’ (1989), ‘The Theodore William Richards Award’ (1990) and ‘The Pauling Medals’ (1991). Rudolph was awarded the Nobel Prize in Chemistry in 1992 and was also inducted into the National Academy of Sciences in 1970. Other inductions included ‘The American Academy of Arts and Sciences’ (1973) and ‘The American Philosophical Society’ (1990). Rudolph became a Foreign Member of the Royal Society in 1987 and was honored as a member of the ‘Royal Society of Chemistry in 1991.

Rudolph A. Marcus has three children together with Laura Hearne who he married in 1949. The two had a long bond in marriage for over five decades until Laura died in 2003.