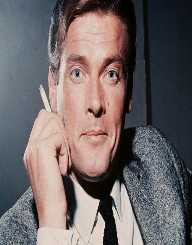 Roger Moore was born in Stockwell, London on 14 October 1927. His parents were George Alfred and Lilian Moore. His father was a police officer and his mother was a homemaker. He attended Battersea Grammar School.

He was sent to Devon during World War II. He enrolled at Dr.Challoner’s Grammar School, Amersham, Buckinghamshire. He later went to the college of the Venerable Bede at the University of Durham, where he graduated.

Moore worked for a while at the Royal Academy of Dramatic Art, where he was an extra in Brian Desmond Hurst’s “Trotties True”. He also starred in the movie titled “Caesar and Cleopatra” in 1945 before joining Her Majesty’s service.

Moore was recruited in the national service when he was eighteen. He was subsequently commissioned into the Royal Army Service Corps as a second lieutenant and eventually Captain.

Roger Moore worked as a print model for products such as knitwear and toothpaste in the early 1950s. It was during this time that he appeared in the series “Drawing Room Detective” on television.

He contracted with MGM and appeared in the movies: ‘Interrupted Moody’ which was released in 1955. The same year saw “The Knight’s Thief” hitting the big screen. “Diane” was next in 1956 and “The Miracle” followed in 1959). He also made appearances in television series like ‘The Third Man” and ‘Alfred Hitchcock Presents’.

His characterisation of Sir Wilfred of Ivanhoe in the series “Ivanhoe” made him more famous on television than on the big screen. The series ran from 1958-1959 and was designed for the younger generation. The ABC/Warner Brother’s Western, “The Alaskans” which aired 1959-1960 was his next big show. This show had 37 episodes and ran for a year.

Moore was cast as ‘Beau Maverick’ in 1960 in yet another ABC/Warner Brother’s Western ‘Maverick’. He acted in ‘Maverick’ and ‘The Alaskans’ simultaneously. Moore’s long awaited breakthrough came in 1962 when he played as ‘Simon Templar’ in “The Saint”. It became Britain’s longest running series with 118 episodes and 6 seasons.

Roger Moore started his modelling career by Print Modelling for advertisements. This supported him in getting supporting roles in films with a bigger budget. Moore’s big break in British television came with ‘Ivanhoe’; his international success came with ‘The Saint’ in the 1960s.

He continued with television and movies and in 1973, after Sean Connery stepped down; he was cast as James Bond. He was 45 when he was cast as ‘Bond’ in “Live and Let Die” – the oldest Bond ever.

Roger Moore’s screen career was never exceptional. In the 1970s, however, when he was cast as James Bond, his luck changed for the better. James Bond was a book and movie character created for the ages by Ian Fleming, a British writer.

Moore made his debut as Bond replacing Sean Connery in 1973 in “Live or Let Die”. Moore was his own witty critic. He introduced light in the seven films to the role of James Bond in twelve years.

Moore compiled a diary during the shoot and later wrote a book called “Roger Moore as James Bond 007: Roger Moore’s Own Account of Filming ‘Live and Let Die’”

In 1971, Roger Moore starred in the television series ‘The Persuaders!’. This was a great success in Europe (Germany in particular) and Australia, but not in The United States.

Upon Sean Connery’s departure, Moore was asked to star in ‘James Bond’ in 1973 in “Live and Let Die”. As preparation for this role, it is said that Moore had to cut his hair and lose weight.

Moore did not appear on screen for five years after retirement in 1985. In 1990, he made a comeback on television in the series “My Riviera”. He worked sporadically in the industry during the 2000s – he played the role of a homosexual in 2002 in “Boat Trip”. He was in the commercial for London’s Olympic bid in 2012 and was a guest host in “Have I Got News For You”.

Upon retirement Moore still appeared in several more movies. None of them, however, matched the success of the Bond series. In 2008, he wrote an autobiography titled: “My World Is My Bond: The Autobiography”. He also has two other books to his name.

Moore received numerous honours. He was made a Commander of the Most Excellent Order of the British Empire and was knighted in 2003. He was named a Commander in France’s National Order of Arts and Letters in 2008.

Roger Moore overcame several health scares – notably prostate cancer, heart trouble and type 2 diabetes. He also went through three divorces. In 1996 he divorced Mattioli. In 2002 he married Kristina Tholstrup, his fourth marriage. He has served as a Unicef Goodwill Ambassador since 1991. The London Variety Club gave him an International Humanitarian Award in 2000 in recognition of his charity work.

Roger Moore divorced Doorn Van Steyn, his first wife for singer Dorothy Squires. Squires was older and more famous than him. After being together for a while, he divorced her and married Luisa Mattioli, an Italian actress in 1969. They had a daughter and two sons. In 1993, the same year he was diagnosed with prostate cancer, he divorced her.

Roger Moore married a Danish-Swedish multimillionaire, Kristina Tholstrup, who was his former neighbor.