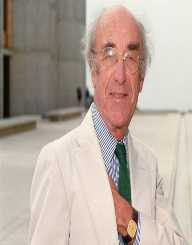 Roger Guillemin was one of the founders of the field of neuroendocrinological research. He shared the Nobel Prize for Medicine of Physiology in 1977 with two other scientists.

Roger Charles Louis Guillemin was born on 11th January 1924, in Dijon, Burgundy in France. His parents were Raymond and Blanche Rigollot Guillemin, a brother born in 1927.

Roger Guillemin was sent to the local public schools and the lycée, where he learned French literature, Latin, Greek, and German. He was also educated in mathematics.

Roger Guillemin first obtained his Bachelor of Science from the University of Burgundy in 1942. He then went to medical school in Dijon in 1943, and briefly became part of the underground movement during World War II.

After Roger Guillemin was ordered to a munitions plant as part of the forced civilian labor, Roger escaped and was based on a passage point near Switzerland, aiding refugees fleeing the war.

Roger Guillemin received his medical degree from Faculté de Médecine of Lyon in 1949, after three years of rotating internship. It was around there when Dijon was liberated from German occupation.

Roger Guillemin first met Hans Selye when the Hans Selye, director of Institute of Experimental Medicine and Surgery at the Université de Montréal in Canada came to deliver a lecture on stress and disease adaptation.

After a brief interview, Roger Guillemin was given a small fellowship to complete a dissertation for his postgraduate degree.

Roger Guillemin was tasked with an experiment on steroid-induced hypertension on kidney-less rats for several weeks and was given his Doctor of Medicine in Lyon during 1949.

Roger Guillemin remained in the Institute to continue his research career, obtaining a Ph. D. in Physiology in 1953.

Roger Guillemin researched with many scientists, including anatomist Geoffrey W. Harris, biochemist Walter Hearn, and Andrew Schally. He had managed to revolutionize endocrinology with the collaborated researches.

Roger Guillemin returned to France in 1960, becoming a Professor of Endocrinology at Collège de France until 1963. He had started to accumulate sheep hypothalamus since in France, and for three years, he had collected five million fragments for research.

By that time, Andrew Schally had moved to New Orleans, and competition had begun. Roger had become a naturalized citizen of United States in 1965.

The team continued to isolate and identify hormones and substances that would give rise to neuroendocrinology.

In 1965, Roger Guillemin became a naturalized citizen of the United States. In June 1970, he moved his team to Salk Institute in La Jolla, California. Roger Guillemin had designed the Laboratories for Neuroendocrinology.

Where Roger Guillemin worked as a resident fellow and research professor until his retirement in 1989. He was also on advisory groups of the National Institutes of Health.

Roger Guillemin published three books around hypothalamus and endocrinology, as well as many research articles. He also has artworks around America and Europe, focusing on abstract impressionist art.

Roger Guillemin received French Legion of Honor in 1973, and in 1974 he had awards from National Academy of Sciences and Gairdner Foundation International Award. He then received Albert Lasker Award for Basic Medical Research the next year.

In 1976, Roger Guillemin was award three more awards. Roger was given an award American Academy of Arts and Sciences in 1977 and shared the Nobel Prize in Physiology or Medicine with Andrew V. Schally and Rosalyn Sussman Yalow.

When tubercular meningitis struck Roger Guillemin in 1950,  he was looked after by Lucienne Jeanne Billard.

Roger Guillemin recovered via the discovery of streptomycin and married his nurse after. Luciene later became a professional harpsichord player. The couple has five daughters and a son and is living in La Jolla, San Diego.