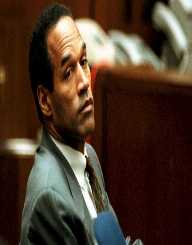 Rodney King was an American taxi driver who is best known for the 1992 riots that bear his name.

Rodney King was born in Sacramento, California on 2 April 1965. He was the son of Ronald and Odessa King. King also had four siblings. King attended John Muir School. His father died in 1984. King was arrested and charged with some crimes during his life. In 1987, he pleaded no contest to a charge of battery. In 1989, King was imprisoned for robbery after robbing a store; he served one year of a two-year sentence.

Rodney King attempted to outrun a police patrol car in March 1991. King had been drinking and feared he would be over the limit, driving under the influence charge would have seen King return to jail. King refused to pull over for the police and a high-speed chase ensued. Eventually, King was cornered, and he and the other occupants of the car were ordered to leave the vehicle and lie face down on the ground. King refused and was forcibly removed from the car. While on the ground the police beat and abused the three men.

The Los Angeles Police Department then arrived on the scene; the original officers on the scene had been highway patrol. Rodney King resisted arrest and was tasered. King was then viciously beaten repeatedly while on the ground by police wielding batons. King continually attempted to stand up only to be met with a further hail of baton blows from the four police officers. King suffered from thirty-three baton blows and six kicks before having his arms and legs cuffed.

Eight officers were involved in his arrest. George Halliday, a man who lived near the sight of the arrest, had filmed the arrest from the time that King was tasered. Halliday contacted the LAPD about his videotape, but the police department showed no interest in the footage. Halliday next presented the footage to a local TV station which aired the footage. It caused a sensation across the media. The footage made Rodney King’s arrest a lightning rod for a more comprehensive discussion about police brutality against minorities.

Rodney King had suffered facial fractures, lacerations and a broken ankle from his arrest. The city awarded King damages amounting to 3.8 million dollars as well as covering his legal costs which totaled to close to two million dollars. He was also not charged with drink driving or evading arrest due to the time between the incident and the start of legal proceedings. Four LAPD officers were charged with using excessive force. The legal case against the officers was mired in controversy from the start as the initial judge, Bernard Kamins was removed, and the trial received a change of venue.

Warren Christopher also began a commission to investigate accusations of police discrimination. Three of the officers charged were acquitted, and the fourth faced a no verdict. The court’s decision shocked the nation. The mayor of Los Angeles, Tom Bradley, and the President of the United States of America, George Bush, both declared they could not understand the verdict and condemned the officers involved.

Many African Americans considered the trial a whitewash and were incensed. Following the 1992 Riots, the officers were tried in a federal court, and two were found guilty and sentenced to thirty months in prison.

Following the court's verdict and the release of the officers, widespread civil unrest erupted in North America. The worst of the rioting was confined to LA, but Las Vegas, San Francisco, Atlanta and even Toronto in Canada experienced violence. The 1992 LA Riots became known as the Rodney King Riots due to their link to the court case. King appeared on TV during the riots to appeal for calm. Before the verdict was announced the police force had been expecting trouble, money for overtime and a delay in the reading of the verdict were granted to give police time to prepare.

Rioting started at a liquor store in Normandie. LAPD officers attempted to make an arrest a hostile crowd surrounded them and forced them to retreat. TV coverage of the violence encouraged more people to take to the streets, and the police communications proved wholly inadequate to deal with the spread of the violence. The rioters began destroying property and attacking people going about their business. Over a thousand firearms were looted, and some fires were started as night set in.

The riots spread throughout the city and emergency workers came under gunfire as they attempted to tackle the fires and help the wounded. A curfew was declared, and the National Guard began deploying. Despite this the second day of looting and arson took place. Rioting spread to Hollywood, Inglewood, Long Beach and Compton. Police was criticised for focussing their attention on defending the wealthier areas of LA such as Beverley Hills. Other minority neighborhoods were forced to form militias to protect their property.

Korean shopkeepers were involved in a shoot-out with rioters in Koreatown. On the third day of rioting, the Federal government took direct control of all military in the area and began overseeing the response to the riots. Troops and police officers from other regions of California started pouring into the city. On the fourth day, over thirteen thousand soldiers were deployed on the streets of LA, and the rioting was slowly quelled.

The riot was spread over six days, but troops remained in the area for weeks afterward. Fifty-five people died during the riots and over two thousand hospitalized. A billion dollars’ worth of damage had been done; the worst affected were the Korean community. Eleven thousand people were arrested during the rioting, but because of the sheer volume of prisoners, police were unable to prosecute the majority.

King After The Riots

Rodney King continued to have run-ins with the law and was sometimes arrested after the 1992 Riots. In 2007, King was shot in an attempted robbery. King appeared in a reality TV show, Sober House, which covered celebrities in rehab. 2012 saw King publish his memoirs, The Riot Within: My Journey from Rebellion to Redemption.

Rodney King fathered a daughter with Carmen Simpson when they were both teenagers. In 1985, he married Daneta Lyles, and they had a daughter together. The pair divorced in 1988. King then married Crystal Waters, with whom he also had a daughter. They divorced in 1996. King had been arrested for assaulting both his wives.

In 2010, King began living with Cynthia Kelly, and it was she who found him in the swimming pool on 17 June 2012. King was pronounced dead by medical staff, and plenty of drugs and alcohol were found in his system.