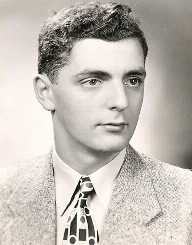 Robert Moog was an American engineer best known for pioneering electronic music with the invention of the Moog synthesizer.

Robert Arthur Moog was born in New York City on May 23, 1934. He inherited the interests of both his parents. His mother gave him piano lessons. His father introduced him to electrical engineering.

With the help of his father, Moog started his first company at the age of 19. He made kits for theremin – an electronic musical instrument. His company slowly grew.

Robert Moog once collaborated with the composer and inventor Raymond Scott, who had a great influence on him. In 1961, he wrote an article for the magazine Electronics World, which greatly spiked the interest for his work.

In the mid-1960s, Robert Moog developed his own synthesizer. It was one of the first electronic musical instruments. Because it was cheap and simple to use, it quickly got the attention of different rock musicians, such as the Beach Boys. In 1968, musician Wendy Carlos released an album called Switched-On Bach. It featured classical music from Bach played with the Moog synthesizer.

The album was very successful and it made the instrument very popular. It was soon utilized by the Beatles and by director Stanley Kubrick on the film A Clockwork Orange. In 1970, Moog created a smaller version called Minimoog. It became popular with musicians like Stevie Wonder, Donna Summer, bands like Pink Floyd, and many others.

In the 1970s, new and cheaper synthesizers came out. Moog’s business was not going so well anymore. In 1977, he had to sell the company. He moved from New York to North Carolina.

Robert Moog started a new company called Big Briar. He continued building synthesizers and theremins. From 1984 to 1988, he served as a consultant for new products at the electronic instruments company Kurzweil Music Systems.

After that, he served as a professor and researcher at the University of North Carolina at Asheville. He soon went to court to fight for the legal rights to change his company’s name to Moog Music.

Robert Moog went against the owner who bought his previous business. He ultimately won. He also spent this time developing the Minimoog Voyager.

Robert Moog  received honorary doctorates from the Berklee College of Music, the Polytechnic Institute of New York University, and Lycoming College. He received the Grammy Trustees Award and the Technical Grammy Award. He was also awarded the Polar Music Prize, a Swedish award.

Moog was one of the subjects in the documentary Theremin: An Electronic Odyssey, and the book Theremin: Ether Music and Espionage. In 2006, his family established the Bob Moog Foundation. In 2013, eight years after his death, he was inducted into the National Inventors Hall of Fame.

In 1958, R Robert Moog married Shirleigh Leigh, a grammar school teacher. They had daughters Laura, Michelle, and Renee, and son Matthew. In 1996, he married a philosophy professor called Ileana Grams.

Robert Moog was diagnosed with a brain tumor in April 2005. He died a few months later, on August 21, in his home in North Carolina.