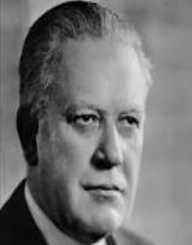 Sociologist Robert E. Park was born on the 14 February 1864 in Harveyville, Pennsylvania and was raised in Red Wing, Minnesota.

Robert E. Park started his working life as a reporter on newspapers in Chicago, New York, Denver, Detroit, and Minneapolis.

After obtaining his doctorate, Robert E. Park joined the Tuskegee Institute in 1905 as Booker T. Washington’s secretary. He dealt with publicity and also contributed to the founding of the National Urban League. In 1910, he accompanied Washington to Europe on a study tour of European working class farmers. The publication The Man Farthest Down - A Record of Observation and Study in Europe (1912) was a record of their findings and conclusions (1905-1914).

In 1914, Park joined the Department of Sociology and Anthropology at the University of Chicago and was pivotal in building The Chicago School of Sociology. Park along with his colleagues Louis Wirth and Ernest Burgess, developed a theoretical basis for the systematic study of society. Park was also highly regarded as a lecturer and a number of notable scholars studied under him at the University of Chicago and was widely published.

Robert E. Park was the co-author of Introduction to the Science of Sociology (1921) and authored The Immigrant Press and Its Control (1922). He was the 15th president of the American Sociological Association (1925). He remained at the University of Chicago until 1933.

Robert E. Park died in Nashville, Tennesee on the 7 February 1944.