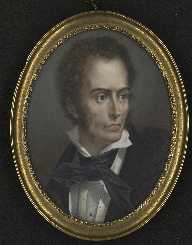 Also Known For : Inventor Of Stethoscope

René Laennec was a French physician and a great inventor born in 1781. He is remembered for inventing the stethoscope in the year 1816. This was a great invention which was and is still used in diagnosing conditions related to the chest. He was also a professor and lecturer in the field of medicine during his career. The great physician also discovered that metastatic melanoma was what resulted to melatonin lesions. His report on this discovery was published in 1806 as a bulletin.

His other works led to a better understanding and study of the liver disease, cirrhosis. Sadly, Laennec’s life came to an end when he was still a young man. René Laennec was only 45 years old when tuberculosis claimed him. The world had lost a kind man who had a golden heart. He was a great philanthropist who always assisted those in need.

René Laennec was born on February 17th, 1781. His place of birth was in Quimper located in France. He was the son of Michelle Laënnec and Théophile-Marie Laënnec.  His father was a professional lawyer.  He had a brother. When he was around 5 or 6 years, he lost his mother after she suffered from tuberculosis. His father was left with the responsibility of raising his two sons.

Sadly for the young boys, their father was not a good guardian. They were therefore forced to live with Guillaume-François Laennec, their uncle during the 1793 French Revolution. His uncle was employed at the University of Nantes as the dean of Medicine. He was a great influence to Laennec was who also decided to pursue medicine as his career. Laennec initially studied Greek while he wrote poetry. He later studied medicine at the Charite in Paris.

In 1802, René Laennec began publishing his first work on various scientific topics. During this time his health was not so good, but this did not hold him back. He was elected to the Royal Society of Medicine in 1804.

From 1812 till 1813, he greatly participated in the Napoleonic Wars. He assisted the wounded victims of the war at the Salpêtrière Hospital situated in Paris. He had been appointed as the head of the wards of the hospital. Till 1814, he also served as Joseph Cardinal Fesch’s physician.

From 1816, he was offered a position at the Necker Hospital situated in Paris as a physician. During his practice as a physician, he found that listening to heartbeats the traditional way was quite hectic. This was when he came up with a stethoscope which has then been used in identifying various chest conditions. In 1822, he served at the College of France as professor and chair of medicine.

In 1803, René Laennec was awarded the First Prize in Medicine for his great contributions in the field. He was also honored with Sole Prize in Surgery that same year. Later in 1824, he became a knight of the Legion of Honor which was such a great honor.

René Laennec married just a few years to his death. He tied the knot with Jaqueline Argou when he was 43 years old. She was a widow who initially acted as his housekeeper.

René Laennec was a great philanthropist exhibited by his contributions towards the underprivileged and poor.

The great inventor succumbed to Tuberculosis on August 13th, 1826. He was 45 years at the time. This took place in Ploaré, France.