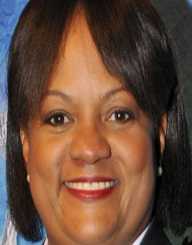 Regina Benjamin is an American doctor who distinguished herself by her service to the less fortunate. Benjamin also served as the 18th Surgeon General of the US. She has a military rank of Vice Admiral in the US Navy.

Regina Marcia Benjamin was born on October 26, 1956, in Alabama. The parents divorced when she was a little child. Benjamin and her brother were raised by their single mother.

The mother did manual jobs to support the family. She worked as a waitress and a domestic servant. At some point, the family had to sell their land to cater for living expenses.

Regina Benjamin attended Fairhope High School in Alabama. After high school, she enrolled at Xavier University in Louisiana. It is at the college where she got her inspiration. For the first time in her life, she saw an African American doctor. Benjamin graduated with a Bachelor of Science degree in 1978.

Regina Benjamin was the top student in her class. From 1980 to 1982, she was at the Morehouse School of Medicine in Georgia. Benjamin completed her Master medical degree at the University of Alabama.

Due to her financial strains, Benjamin got government funding to pay college fees. In return, she was to do three years of the community service to the poor. She joined the National Health Service Corps for her service in 1987.

Regina Benjamin was posted to Bayou La Batre. For three years, her fees were paid. In exchange, she worked with the underserved communities. She was the lone serving physician in the community.

Regina Benjamin decided to stay at Bayou La Batre after the three years. In 1990, she founded her own office consultancy office. In 1991, Benjamin got her Master in Business Administration from Tulane University, in New Orleans.

She then converted her consultancy into a clinic. She named it the Bayou La Batre Health Clinic. Benjamin continued serving the poor. She allowed patients to access medical help without discrimination. In return, the patients paid the bills by giving her what they could.

Regina Benjamin suffered two major setbacks at her clinic. Twice her clinic was brought down by natural calamities. In 1998, Hurricane George destroyed her clinic.

The same happened with Katrina in 2005. In each incident, she rebuilt the clinic and continued her service. After Katrina, Benjamin mortgaged her house.

Regina Benjamin used the money to rebuild the clinic. Her determination after the hurricane Katrina was featured in the Reader’s Digest magazine. The clinic was again destroyed by fire in 2006. Benjamin reconstructed it again.

Regina Benjamin's efforts to serve the underserved got recognized. She was a member of the American Medical Association from 1986 to 1987. Benjamin got the Nelson Mandela Award for Health and Human Rights.

She became the first African American to be elected to the trustee's board of AMA in 1995. Benjamin served as a board member of Physicians for Human Rights from 1996 to2002.

Regina Benjamin was at the University of Alabama for two years. From 2000 to 2001, she was the head of the medical distance learning program. From 2002 to 2003, she served as president of the Medical Association for Alabama State.

She became the first African American to lead a state medical society in the US. She also got recognition by the McArthur Foundation in 2008. Her most significant achievement was in 2009. The then US President nominated her for the post of US Surgeon General. She was unanimously endorsed by the Senate.

Regina Benjamin served in the office until her resignation in 2013. As a practicing Roman Catholic, she has been feted by the Vatican for helping the poor. Numerous universities have feted her with honorary degrees in the US.

Regina Benjamin is a practicing Roman Catholic. Despite her church’s intolerance to abortion, she has openly advocated for abortion facilities. Her stance as a physician has brought up sharp criticism from the church leadership. Despite her view on abortion, Benjamin still sits in the Catholic Health Association.

Regina Benjamin took the call to humanity to another level. She chose to serve the poorest. With her abilities, she would have made millions in the big cities of the US. She practiced with humility and gave the Bayou La Batre community the dignity of humanity.