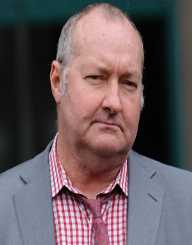 Randy Quaid was born on October 1st, in 1950. He is famous for being a talented actor both on TV and in the film industry. Throughout his acting career, Quaid has received Academy Awards for many roles. Some of his notable performances include in films such as The Last Detail (1973), and Midnight Express (1978).

Randy Quaid was born Randy Randall Rudy Quaid in October 1st, in 1950. His place of birth was in Houston, Texas. He is the son of William Rudy Quaid and Juanita Bonniedale. His mother worked as a real estate agent whereas his father worked as an electrician.

Right from the moment, Quaid was in high school, his interest in acting was evident as he participated in drama classes. This is what he studied while schooling at the University of Houston.

Randy Quaid's acting career took off in 1971 after featuring in The Last Picture Show. Before this, director and producer Peter Bogdanovich discovered him while he was still taking his drama classes in Houston.

The following year, he featured in another film dubbed What's Up, Doc? After this, Quaid’s acting career finally paid off after starring in The Last Detail (1973). Due to his remarkable performance, he was nominated for three awards including an Academy Award, BAFTA Award, and Golden Globe Award. His portrayal in the film as Meadows certainly brought Quaid to the limelight.

In 1978, Randy Quaid landed on another role in the action thriller dubbed Midnight Express. After landing on a number of characters during the early 1980s, he went on to bag home a Golden Globe Award in 1987. This was for his role as President Lyndon Johnson in LBJ: The Early Years. Similarly, his incredible performance in the film made him one of the Emmy Awards nominee.

Randy Quaid tied the knot to Ella Marie Jolly in 1980. Together, the two were blessed with a daughter named Amanda Marie. Unfortunately, the two went separate ways in late 1986 before finalizing their divorce in 1989. Quaid’s second marriage was to Evi. They exchanged rings in 1989.