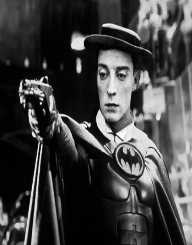 Rafael Alberti was born 16th December 1902, in El Puerto de Santa Maria, Spain. He came from an influential family of vintners. His family’s sherry was supplied to European rulers of the time.

Unfortunately, due to bad management, his family didn’t own the company in the end, his father not much more than a salesman, always away from home on business.

Alberti joined the Jesuit College in San Luis Gonzaga at the age of 10. He was a charity day-boy. It didn’t take Rafael Alberti long to become aware of the class system within the school, and how the boarders received different treatment to the day-boys. Rather than succumb to the lower-class treatment, Rafael Alberti outwardly rebelled. He was expelled in 1917.

Luckily for Rafael Alberti, his family was getting ready to move to Madrid at the time, so the disgrace that may have hung over the family from having a child expelled, was of no consequence.

In May of 1917, the family moved to Madrid. Rafael Alberti continued to be inattentive to his studies, and would often visit the local museums instead, for hours at a time.

He was first noticed as a painter, and in 1920 was invited to submit work for an exhibition. Rafael Alberti had three deaths that affected him deeply that same year, one of which was his father. The deaths inspired him to turn to poetry, rather than painting.

Rafael Alberti was diagnosed with tuberculosis in 1921. It took months of recuperation in a sanatorium, which was located in Sierra de Guadarrama. During this time he did a lot of reading. Whilst Rafael Alberti was recuperating, he met Damaso Alonso, an accomplished poet.

Alberti began to write poetry, submitting various works to magazines, and was successfully published. He also published a book around this time called Marinero en tierra (Sailor on Dry Land), and it won the Premio Nacional de Literatura for poetry in 1924.

The next few years brought him success and considerable fame, but not from a monetary viewpoint. He was still dependent upon his family.

Literary magazines clamored to publish his work. He went on to become known as one of the Generation of ’27. The Generation of ’27 was a group of Spanish poets that rose to fame between 1923 and 1927. There were 10 of them specifically. The other nine, apart from Alberti, were: Jorge Guillen, Pedro Salinas, Federico Garcia Lorca, Emilio Prados, Luis Cernuda, Gerardo Diego, Manuel Altolaguirre, Vicente Aleixandre, and Damaso Alonso.

Rafael Alberti continued to produce poetic works, although he changed to a more demanding style as he continued to write.

At the end of the 1920s, he produced some works which were seen as showing evidence of a psychological breakdown. It surprised many, but Alberti had become overwhelmed.

It was his marriage to Maria Leon that saved him. Leon was a political activist, and she had a substantial influence on Rafael Alberti. He became a committed Communist during the 1930s, joining the Communist Party of Spain. This was partly due to Leon, but also partly due to the Second Spanish Republic being established in 1931.

He worked diligently for communism, and in 1933 when Gil Robles came into power, Rafael Alberti ceaselessly attacked him through the magazine he had founded with Leon, called, October. Due to the nature of the articles, Rafael Alberti was sent into exile.

When the Spanish Republican Armed Forces were disbanded after the loss in the Spanish Civil War, Rafael Alberti and Leon fled to Paris. They lived there until 1940, both working as interpreters.

After Germany occupied France, they sailed from France to Argentina, where they lived until 1963. During their period in Argentina, Rafael Alberti worked for one of the publishing houses, as well as continuing to write and paint.

From Argentina, they moved to Rome, Italy. In 1977, they returned to Spain. Shortly after this, he was elected to the position of Deputy for Cadiz in the Spanish parliament, on the Communist Party Ticket.

Alberti’s first published collection of poetry, Marinero en Tierra, established him among the top Spanish poets and positioned him as one of the Generation of ’27.

His most critically acclaimed and notable work, though, was Sobre Los Angeles (Concerning the Angels). The work saw him take a whole new direction in his writing style, and is considered by many to be his best work.

1983:   Awarded the Premio Cervantes (the highest honor in Spanish literature)

1998:   Awarded the America Award for his contribution to international writing

Rafael Alberti married Maria Teresa Leon in 1932, and they had a daughter, Aitana Alberti Leon. Maria died in 1988.

His second marriage was to Maria Asuncion Mateo, in 1990. Rafael Alberti was still with her when he died in 1999.

Rafael Alberti is considered one of the greatest Spanish poets of all time. His legacy is in his work, published, and available for all to enjoy.