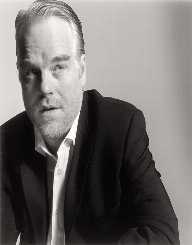 Philip Seymour Hoffman was born on July 23rd, 1967. He was a renown American actor with popular films such as Master -2012, Synecdoche, New York -2008, Doubt -2008 and Mission: Impossible III 2006. His theatre career also earned him success as he went to bag home up to three Tony Award nominations. These nominations were for the plays Long Day's Journey into Night, True West and Death of a Salesman. His brilliance in this shows earned him recognition in theatre. Hoffman died at the age of 46 as a result of acute mixed drug intoxication.

Philip Seymour Hoffman was born on July 23rd in 1967. His place of birth was in Rochester, New York. He was the second born child of Marilyn O'Connor, his mother, and Gordon Stowell Hoffman, his father. His father was a worker at the Xerox Corporation. On the other hand, his mother was an elementary school teacher. She later worked as a lawyer who eventually made her a family court judge. He had three other siblings including one brother, Gordy and his sisters Emily and Jill. While Hoffman was still young, his mother took him for entertainment at the local theatres. One of the plays that impressed Hoffman while he was 12 years old was called All My Sons.

Hoffman’s acting abilities were evident right from the beginning. While working at Broadway theaters after his graduation, he landed several roles which unveiled his expertise in acting. For example, in 1992, he featured in the play Leap of Faith, a comedy, and Scent of a Woman which was a drama film. It was his role as a spoiled student that earned him several followers. He acted alongside Al Pacino in this film. This film was a commercial success grossing $134 million globally. His role in the film was Hoffman’s leap into the heights of success.

During the early 1990s, Hoffman kept striving for his career as he landed a few roles here and there. It is in this period that he featured in Joey Breaker, Money for Nothing, The Getaway and When a Man Loves a Woman.

Hoffman’s career breakthrough came in 2005 after featuring in Capote. This was one of his best film performances as he played the lead role in dramatizing Truman Capote’s experience in writing. After the universal acclaimed film Capote, Hoffman received nominations for Academy Awards for his supporting roles in the films Charlie Wilson's War in 2007 and Doubt in 2008.

While playing as Willy Loman in the attempted revival of the Broadway show called Death of a Salesman, this marked his final stage appearance.

Hoffman’s longtime partner was Mimi O'Donnell. The couple spent 14 years together and had three children as a result.

After relapsing from his prescription drugs, Philip Seymour Hoffman was back to using heroin again. On February 14th Hoffman was found dead in his apartment located in Manhattan. Cause of death was established to be acute mixed drug intoxication. He died at the age of 46.