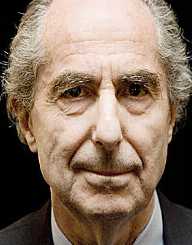 Philip Milton Roth, one of the most awarded American writers of his generation, was born on 19th March 1933 in Newark, New Jersey, U.S.A. Herman Roth, an insurance broker by profession and a first-generation American, was his father. His mother’s name was Bess alias Finkel. They were a Jewish family who had immigrated to the USA from the eastern European region of Galicia. Roth was the second child and had an elder brother named Sandy.

Philip Roth grew up in the Weequahic neighborhood of Newark, New Jersey and completed his entire elementary education from the Weequahic High School. In 1950, he graduated from the same school. During this period, he became famous for his unique sense of wit and humor and achieved massive popularity among his friends and teachers as a Comedian and as a person with real intelligence.

Post-secondary school, Roth spent a brief period at the Rutgers University and later enrolled himself at the Bucknell University where he secured a Bachelor’s degree in English. While at Bucknell’s, he participated in plays and started a magazine named ‘Et Cetera’ and some of his earliest writings were published in that journal. Continuing his studies further, in the year 1955, Roth completed his M.A. in English literature from the University of Chicago.

Philip Roth worked as an instructor at the University of Chicago’s writing program for a short while. He then joined the United States Army and served at the same for two years. Suffering a back injury, Roth bid goodbye to his army career and began pursuing his professional writing career passionately. Initially, he used to write fictional stories, criticism and movie reviews for a wide variety of magazines.

In 1959, Roth published his debut book, ‘Goodbye, Columbus and Five Short Stories.’ He received the National Book Award the following year for the same and later on, the story became the plot for a feature film. Inspired by the success he came out with two more publications in the form of two novels, ‘Letting Go’ and ‘When She Was Good’ in the years 1962 and 1967 respectively. ‘Portnoy’s Complaint,’ his fourth published novel helped him earn the reputation of being a bestselling author and achieved massive commercial success. The book also found critical acclaim from all quarters.

Philip Roth channeled his creativity by writing in various genres, ranging from comedy to political satires. During the later years of the 1970s, he created a fictional character called Nathan Zuckerman, which came to be known as he alters ego. This style found quite a recurring appearance in his different novels, the most beautiful being ‘My Life as a Man’ (1974).

Going back to his teaching career, Roth started teaching creative writing at the University of Iowa and Princeton University. After that, he relocated to the University of Pennsylvania where he was appointed as a teacher of Comparative Literature. In the year 1991, he retired from the profession of teaching and started devoting full time to writing.

1995 saw Roth create his most debauched protagonist ‘Mickey Sabbath,’ a former puppeteer for the book ‘Sabbath’s Theatre’ and thus came Roth’s second National Book Award. Roth continued his winning streak by acquiring the Pulitzer Prize for ‘American Pastoral’ in 1997; the first novel of the trilogy involving his alter ego character of Nathan Zuckerman. This was followed by two more books of the trilogy, ‘I Married a Communist’ (1998) and ‘The Human Stain’ (2000).

Philip Roth has authored more than 30 books in his writing career spanning more than 50 years. 8 of his novels and short stories have been made into feature films. Among his very recent publications is ‘Everyman’ (2006) and ‘Nemesis’ (2010). In 2012, the star of American fiction announced his retirement.

Philip Roth met novelist Margaret Martinson in 1956 during his teaching days in Chicago and finally married her in 1959. But after four years they got separated, and in 1968, Martinson died in a gruesome car accident. The incident caused Roth immense grief, and it took a long time for him to recover from the trauma fully.

In the year 1990, Roth tied the nuptial knot with his long-time companion English actress Claire Bloom only to separate ways again in the year 1994. Bloom wrote about their relationship in her memoir ‘Leaving a Doll’s House.’ Roth is an atheist by belief and prefers to spend his time in solitude at his house at Warren, Connecticut.