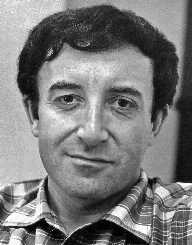 British actor, comedian, and singer Peter Sellers was born on the 8 September 1925 in Portsmouth, Hampshire, England. He was born into a family of British vaudeville performers and was exposed to the stage from a very young age. At age 13, he won a talent contest.

Peter Sellers rose to fame as part of the Goon Show which aired on radio in the UK in the 1950s. Fellow Good Show members were Spike Milligan, Harry Secombe, and Michael Bentine. The Good Show was broadcast by the BBC from 1951 until 1960.

Peter Sellers then began to act in British film comedies in the 1950s and appeared in Penny Points to Paradise (1951), Down Among the Z Men (1952) and The Ladykillers. His breakthrough role was in I’m All Right Jack (1959) which won him the British Academy Film Award for Best British Actor in 1959.

His final film The Fiendish Plot of Dr. Fu Manchu (1980) was not a box office success. In July 1980 Sellers was in London to work on the screenplay of sixth Pink Panther film, Romance of the Pink Panther when he died of a heart attack.

From the late 1950s until shortly before his death Peter Sellers won many nominations and awards including winning the British Academy Film Award for Best British Actor in 1959 for I’m All Right Jack, the San Sebastian International Film Festival for the Best Actor award in 1962,

The children of Sellers later claimed that living with a comic genius had led to a difficult upbringing. His son, the late Michael Sellers, wrote a book with his sister Sarah and half-sister Victoria about growing up with Sellers as a father. The book, P.S. I Love You, was published in 1982.

Sellers left the bulk of his fortune to his wife at the time Lynne Frederick. Leaving Michael Sellers 800 English pounds, which his son believed was enough to stop him contesting the will under British law.

Peter Sellers married Australian Anne Howe in 1951, and they had two children: Michael and Sarah Jane. The marriage ended when Sellers fell in love with Sophia Loren during the filming of The Millionairess. It was a one-sided love affair, and Loren did not accept his proposal of marriage. In 1964 he married the Swedish actress Britt Ekland after a whirlwind courtship of less than a fortnight. They had a daughter Victoria before divorcing in 1969. His next marriage was to Miranda Quarry (1970-1974) who was a daughter of a British lord. He was then engaged to Liza Minnelli for a short time before marrying Lynne Frederick in 1977.