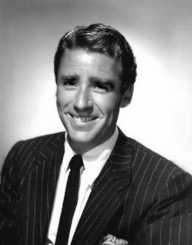 Peter Lawford was a British born American film actor and producer. He was famous both as a member of the Rat Pack and the brother in law of the Kennedys in the US.

Peter Lawford grew up mostly in France, owing to his father’s military service. He did not attend any formal classroom schooling. His family was always relocating from one country to another, due to the transfers his father got. His father was a wealthy officer and Lawford had his uncles and aunts married to aristocrats.

Lawford learned various subjects including Latin and other major European languages. He also learned mathematics and science. He developed a keen interest in languages and literature. His mother reduced his learning syllabus to French, German, Spanish, drama, and literature.

In 1930 when he was seven years old, Lawford featured in his first film Poor Old Bill. The following year, he appeared in another film A Gentleman of Paris. He never acted in another film as a child. In 1937 he had an accident that crippled his right hand. Lawford had to change his routine to fit his new incapacitation. When Britain joined the WW2, Lawford offered to enlist in the military. He missed the enrolment into the British military due to his defective arm. He resolved to pursue acting as a career in the US. He moved to America with his family.

The Lawford family stayed in Florida to escape the war in Europe. Lawford decided to visit Hollywood. He was picked up by a film scout and offered a role. In 1938 he got a minor role in the film Lord Jeff. After the cast finished, he returned to Florida. The American movie company MGM offered him a job which his mother refused. To end the persistence of MGM, she claimed that Lawford was gay. Lawford felt insulted and moved to Hollywood.

The European war which held him captive in America turned into a blessing. Several directors directed British war films in Hollywood. Lawford started his career as a British screen soldier. In 1942 he got a major role in the military film A Yank at Eton. He got many praises from the viewing public for his performance as Ronnie Kenvil. He got two pilot roles in the 1942 films Mrs. Miniver and Eagle Squadron. Lawford was a junior soldier in his last film that year Random Harvest. In 1943 he featured in four major films. Yet again, he played roles of military figures.

In June 1943 he got a solid acting contract from MGM. He cast in his debut film at MGM as a soldier. The 1944 film The White Cliffs of Dover was set in the backdrop of WW2 Britain. He continued with his soldier roles until 1946.

In 1945 Lawford got his first non-military role in the film Cluny Brown. He starred in another romantic film Two Sisters from Boston, which was produced later in the year. He got an international breakthrough with the production of the film Ocean’s Eleven. The film was released later in 1960, after over a year of production. Lawford starred with Frank Sinatra alongside a host of other stars. For some time Sinatra noticed the charm and talent Lawford had. A year earlier in 1959, he was invited to join the Rat Pack by Frank Sinatra. He left the group after fallout with Sinatra in 1962.

He continued with acting, making his way to the television screen. Lawford had several appearances the NBC and ABC channels. He even featured in the 1980s television comedy series The Jeffersons.

He had four marriages. His first marriage was to Patricia Kennedy. She was the daughter of Joseph Kennedy and a sister to former US President John Kennedy. The couple had four children. They divorced in February 1966.

He then married his second wife Mary Rowan on October 30, 1971. They divorced on January 2, 1975. Lawford married Deborah Gould on June 25, 1976, and the two divorced the following year. He then married the teenager Patricia Seaton on July 5, 1984. They stayed together until his death.

Lawford died on December 24, 1984. His body was cremated and the ashes buried in the Westwood Village, Los Angeles. Lawford was the first Rat Pack member to die. He made a life in Hollywood despite having no formal education.