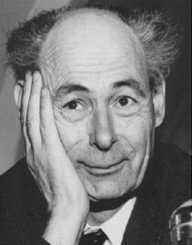 Paul Tournier was born 12th May 1898, to Pastor Louis and Alisabeth Tournier. He was born in Geneva, Switzerland, and had an elder sister. His father was 70 years old and died when Paul Tournier was just three months old. His mother, who was much younger, died from breast cancer at the age of 42. Tournier was six years old.

Paul Tournier and his sister were raised by an aunt and uncle. The death of his mother had a deep impact on him, and he became an introverted child. He did, though, excel at school, particularly mathematics.

When Paul Tournier was 12 years old, he turned to Christianity and became actively involved in the church as time passed.

Paul Tournier graduated with his Master’s Degree from the University of Geneva, in 1923.

After graduation, in 1924, Paul Tournier started working as an Assistant Medical Doctor at the Medical Polyclinic in Geneva, reporting to Professor Bickel. Paul Tournier opened his own private practice in 1925, and began his career as a GP. Due to his Christian beliefs, Tournier became a member of the Oxford Group in 1932. This was a group founded by Dr. Buchman in the US, who believed that all problems and sickness came from fear and selfishness.

Paul Tournier began to study the interconnectedness of medicine, counseling, and spiritual values. This in turn led him to change his practice from a medical practice to a counseling practice in 1937. From 1939 to 1945, Paul Tournier did military service in Switzerland. He continued on with his beliefs in the connection between medical, psychological and spiritual aspects of a being. He believed that all aspects contributed to a human being, and all had to be taken into account when assessing health problems.

In 1947, Paul Tournier founded the group, Medecine de La Personne. It was a study group to which Paul Tournier invited colleagues and philosophers to reflect on his approach to medicine. The group has met annually since its conception. The group members believe Medicine of the Person is an all-encompassing approach to patient care. Paul Tournier wrote over 30 books on the subject of his study over the years. His first book, Medecine de la Personne (The Healing of Persons) was published in 1940.

Paul Tournier's strong Christian beliefs were the underlying factor of his study and practice over the years. One of the reasons he changed his practice in 1937, was due to a religious experience.

Paul Tournier was also active in the World Council of Churches.

The Paul Tournier Institute is a division of the Christian Medical and Dental Associations. It is an educational body.

The Paul Tournier Association is an active non-profit organization that promotes his ideas, and there is also the International Group of Medicine of the Whole Person. This is another organization which continues to hold the annual meetings of the group first set up by Tournier.