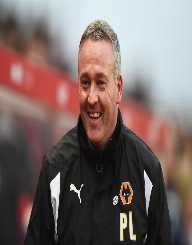 Scottish soccer player Paul Lambert was on the 7 August 1969 in Glasgow but was raised in Linwood a town in the Scottish Lowlands.

Paul Lambert played soccer as a boy and was a fan of the Celtic Football Club in Glasgow.  As a youth, he played for the Linwood Rangers Boys Club (1980).

Paul Lambert has been married to his wife Monica since 1990. The couple has four children.