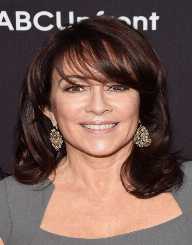 Patricia Helen Heaton was born on March 4, 1958, in Bay Village, Ohio. She was the fourth of five children in the family of Patricia Hurd and Chuck Heaton. Her father was a sportswriter for the Plain Dealer. When Heaton was 12 years old, she suffered a major personal loss, when her mother suddenly died of an aneurysm.
Heaton and her three sisters and brother were all raised Catholic. Her brother Michael is the Minister of Culture columnist for the Plain Dealer.

Heaton attended the Ohio State University, where she was a member of the Delta Gamma Sorority. She graduated from the university, earning a Bachelor of Arts degree in drama. In 1980, she moved to New York City to continue her drama studies with the teacher William Esper. In 1987, she made her Broadway debut, appearing in the chorus of Don’t Get God Started. After her first performance, she and her fellow students created the acting troupe Stage Three.

Stage Three brought their productions to Los Angeles, and Heaton caught the attention of ABC’s director for the drama Thirtysomething. She was cast as the oncologist on the show and made six appearances on the show between 1989 and 1991. After her first appearance, she was also a guest actor on Alien Nation, Matlock, The King of Queens and Danny Phantom. Her first movie project was in 1992 when she starred in Memoirs of an Invisible Man. The same year, she also performed in Beethoven, which was followed by 1994 film The New Age and 1996 film Space Jam.

Heaton was the main actress in three short-lived sitcoms- Room for Two, Someone Like Me and Women of the House. After these shows ended, she was cast in the lead role for the show Everybody Loves Raymond. The show was a major success and earned Heaton Primetime Emmy Award nominations for each of the seven last seasons. She won the award in 2000 and 2001.

After the successful run of Everybody Loves Raymond, Heaton starred in the Fox sitcom Back to You, but the show was canceled in 2008. During her career, she starred in several television movies like A Town Without Christmas, The Goodbye Girl and The Engagement Ring. She also performed in the documentary drama The Path to 9/11.

In 2005, Heaton made her debut as a producer with the documentary The Bituminous Coal Queens of Pennsylvania. Her husband directed the movie. In 2007, she returned to the stage, starring in the off-Broadway play The Scene in New York. For her performance, she was nominated for the Lucille Lortel Award for Outstanding Lead Actress. In 2009, Heaton began starring in the ABC comedy The Middle.

Since 1990, Heaton has been married to the British actor David Hunt. The couple has four sons. In 2002, Heaton released her biography Motherhood and Hollywood: How to Get a Job Like Mine. She has been honest about having plastic surgery after her four C-sections.

In 2012, Heaton was honored with a star on the Hollywood Walk of Fame. She is a supporter of pro-life groups and causes and stands against abortion, euthanasia and death penalty. She is the honorary chair of Feminists for Life, organization opposing abortion and embryonic stem cell research. Heaton openly supports gay rights.