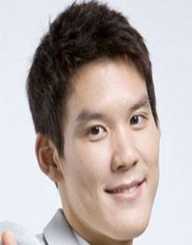 Park Tae-Hwan is one of the biggest names in the professional swimming world. He is a world champion who has four Olympic medals to his name. He is the first Korean swimmer to win an Olympic medal and also the first Asian swimmer to win an Olympic Gold medal in men’s 400-meter freestyle. Park has participated in a wide range of freestyle swimming competition including 100, 200, 400 and 1,500-meter freestyle.

Park Tae-Hwan was born on 27 September 1989, in the capital city of Seoul. His parents were both into arts – his father was a saxophonist, and his mother was a dancer. Park pursued physical education and graduated from Dankook University in 2012. He grew up admiring Australian swimming legend Ian Thorpe, who was a specialist in freestyle too.

Park Tae-Hwan loved swimming, and he started at an early age of five. The doctors recommended him to do so as he had asthma. Park began to competing in junior championships and soon was selected as a national team member, by the Korean Swimming Federation in 2003.

Park was only fourteen when he competed in his first ever international competition – the 2004 Summer Olympics. But, it ended on a sour note as he was disqualified for a mistimed start in men's 400-meter freestyle preliminary heat. Park sank into momentary despair, but this incident made him more resolute and determined. And as the cliché goes, the rest is history.

Park Tae-Hwan went onto become one of the most decorated swimmers of our time. In spite of that, he faced many financial difficulties in his career, receiving almost no support from the Swimming Federation. The Korea Swimming Federation (KSF) also refused to pay him his prize money which he won at the London Olympics. He finally received the amount in 2014.

Park was embroiled in a doping scandal in 2015. The doctor who injected him with the steroid Nebido was banned for 18 months and fined $10,000. This incident, coupled with Park’s lack of sufficient training, resulted in his disqualification from 2016 Summer Olympics.

Korea was rocked by the political scandal in 2016. Post that, new evidence came out in the open which indicated that Park might have been innocent. This was followed by the former Vice Minister of Culture and Sports Kim Jong issuing an official apology to Park.

In 2006 World Championships, Park Tae-Hwan won 2 Silver Medals. In 2006 Asian Games, he won 3 gold, one silver, and three bronze medals and was named the ‘Athlete of the Games’ for his remarkable achievement - the most medals won by an athlete at the competition. In 2006, Park was adjudged Swimming World's Pacific Rim Swimmer of the Year.

In 2007 World Championships, he won his first Gold Medal. It was followed by winning triple gold medals in each Stockholm, Sydney and Berlin legs of the 2007 FINA Swimming World Cup.

In 2008 Summer Olympics, Park became the first Asian swimmer to win the Gold Medal in the men's 400-meter freestyle.

In 2011, Park Tae-Hwan defeated Michael Phelps in the 100-meter freestyle at the Santa Clara Grand Prix.

Park Tae-Hwan dated his university girlfriend for a while before splitting up in 2010. He released his autobiography Freestyle Hero in 2012. Park was exempted from the mandatory military service of two years for his achievements in swimming.