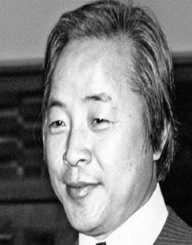 Kim Young-Sam was a political enigma in the South Korean politics for over 30 years. He was born on 20th December 1927 and later became a democratic political activist. Kim ran for office and got elected as a National Assembly member. Thus, the struggle to free South Korea from authoritarian regimes of Park Chung-Hee and Chun Doo-Hwan began.

His radical democratic views saw him barred from parliament and he was placed under house arrest in 1979. Kim became the president of South Korea after 30 years of constant struggle. He was the first civilian to hold the presidential office again after a 30-year military rule. His unfortunate passing came on 22nd November 2015 at the Seoul National University Hospital.

Kim Young-Sam was born on 20th December 1927. He was born to a wealthy family in Geoje Island along the Southern parts of the Korean Peninsula. At the time of time of his birth, Korea was still under the Japanese rule. Kim was the eldest son of the six children of which five of them were girls.

Kim Young-Sam welcomed his political career at a young age of 26 years after his election to the National Assembly. This made him the youngest member of the National Assembly under the party of Korea’s first president Syngman Rhee. Kim was a radical man; he left his party to join the opposition camp. This was a few months later when he realized that the president wanted to change the constitution.

In the year 1974, Kim temporarily lost his national assembly seat. He was however still the chairperson of the New Democratic Party. Kim regained his National Assembly Seat in the last year of service of Park Chung-hee.

In August 1979, Kim Young-Sam made a promise to a union of 200 female worker demonstrators at Y.H Trading Company. He told them that he would offer them protection against harassment. Also, Kim permitted them to assemble at the New Democratic Party headquarters.

This incident led to widespread criticism of Kim Young-Sam and Park. Park swore to remove him from the political arena. He then ordered the Korean Central Intelligence Agency to oversee the task. Kim pleaded with the United States, then under President Carter, to intervene. He asked Jimmy to stop supporting the dictatorial regime of Park in an interview with the New York Times.

The Carter administration gave a strong warning to Park’s regime not to persecute the opposition leaders. The American ambassador got recalled to Washington. This was after the expulsion of Kim from the national assembly. 66 members of the national assembly then resigned.

President Park got assassinated in 1979. General Chun Doo-Hwan then led a coup that saw the continuation of military rule. Kim Young-Sam was captured and placed under house arrest till 1983. Kim held a hunger strike that lasted for 23 days leading to his release. He, however, stayed out of active politics for two years and came back in 1985. In 1987 he decided to run for the presidency but was not successful. To gain more political muscle, he decided to join forces with President Roh Tae-woo to form the Democratic Liberal Party.

After the election of 1992, Kim Young-Sam finally became the president of South Korea with the backing of the military. He managed to beat Kim Dae-Jung. He designed his rule to curb out corruption, and he immediately set his administration to task.

Kim saw the disbanding of a powerful military group called the ‘Hanahoe.’ He then set his eyes on the prosecution of his predecessors Chun Doo-Hwan and Roh Tae-Woo for bribery and treason. The pseudonym form of the banking system, a common way for the politicians, was then made illegal. Kim also managed to dissuade the bombing of North Korea nuclear complex by President Bill Clinton of the United States. The act would have eventually pulled his country into war with North Korea. The former president Jimmy Carter saw the organization of peace talks amongst the three nations.

The peace talks, however, did not occur as Kim Il-Sung passed away before they had the chance. His popularity sadly came during the Asian financial crisis. This forced him to accept the International Monetary Fund of $58 billion bailouts.

Kim Young-Sam was a family man. He married his wife Son Myung- Soon who also served as the first lady. They were blessed with five children, two boys, and three girls. He was both fluent in his mother tongue Korean and Japanese. He later died in Seoul National University Hospital on 22nd November 2015 from heart failure.