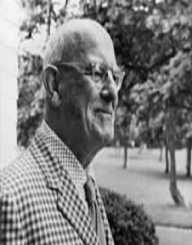 P. G. Wodehouse was an English Playwright and author born on October 15th, 1881. He is best remembered for his humorous work that is still widely read in the 20th century. Initially, his books were mainly for school purposes but later became comic stories. He became a U.S citizen later in 1955 along with his wife.

In 1974, he wrote his final novel that marked the end of his writing career. It was titled Aunts Aren't Gentlemen. Throughout his career, he wrote over 250 lyrics for more than thirty musical comedies. He also authored 15 plays.

P. G. Wodehouse was born on October 15th, 1881. His place of birth was in Guildford, Surrey, England in the United Kingdom. He was the third born son to Henry Wodehouse and Eleanor Wodehouse. He had three brothers. His father worked in Hong Kong as a British Judge.

P. G. Wodehouse began his education in England. He later joined to Dulwich College in 1894. He was a bright student hence did quite well in his academics at the school. He also participated actively in co-curricular activities including and represented the college in sporting competitions. For two years at the college, he helped edit their magazine Alleynian. By 1900, he attained his bachelor’s degree.

Wodehouse began his career soon after his graduation. He worked at the Hong Kong and Shanghai bank situated in London. It later came to be named HSBC. He got bored with working at a bank after a while and quit his job. He then devoted his time to his true calling which was writing.

He officially began his journalistic career in 1902. This was after he was offered a position at The Globe newspaper. His key responsibility was with the comic column of the newspaper. In the same year, his first novel was published titled The Pothunters. Consequently, in 1903, his other novel was published with the title A Perfect Uncle. Later in 1906, Love Among the Chickens was published. By 1909 he had written and published The Swoop. The following year P Smith in The City was also published.

Wodehouse also wrote various books meant for school magazines. He also worked for many magazines as a freelancer. He wrote lyrics for musical comedies as well. From 1914, he alternated between the States and England. In 1934, he eventually settled in France.

Initially, P. G. Wodehouse rose to great heights in his career with his exemplary writings. However, 5 years after Wodehouse settled in France, World War II broke out. This was only the beginning of the controversial life he was later to face. He chose to remain in France even after the war. Unfortunately, the Germans arrested him in 1940. He was released about a year later. P. G. Wodehouse then jokingly narrated his encounters of the war in American Radio broadcasts. If only he knew that his jokes would be misinterpreted, he would have remained tongue-tied.

The officials of England were not happy with his jokes. P. G. Wodehouse was allegedly accused of siding with the Nazis during the war. He later faced treason charges following these accusations. An order was issued in England banning and censoring all his work. His books were even removed from several libraries in England following this order. Even though investigations later revealed that Wodehouse was not a traitor, his reputation had already been ruined. He, therefore, decided to leave England permanently and settled in New York along with his wife.

In 1874, P. G. Wodehouse tied the knot with Ethel Wayman. Ethel had a daughter called Leonora from her previous relationship. Wodehouse adopted her though not formally. He never had children of his own. Sources have it that he suffered from mumps when he was young which rendered him infertile. His stepdaughter Leonora later died while he was in Germany.

P. G. Wodehouse took his last breath on February 14th, 1975. He was 83 years old at the time of his death.  His body was laid to rest in the Remsen Burg Cemetery located in New York, USA.