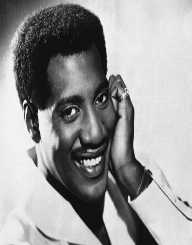 Otis Redding is one of the most recognized artists in soul music and rhythm and blues. He recorded his music with Stax records producing his famous songs such as ‘Respect,' ‘Dock of the Bay’ and Try A Little Tenderness.’ Notably, he is a Grammy Award winner with induction into Rock and Roll Hall of Fame and the Songwriters Hall of Fame.’

Otis Redding is the first son of Otis Redding and Fannie Mae Redding born on September 14, 1941, in Dawson Georgia. From an early age, Redding sang in Vine Ville Baptist church choir where he learned how to play guitar and Piano. At the age of 10, he took drum and singing lessons.

He enrolled in Ballard Hudson High School and sang in the school band. His passion for singing earned him $6 for performing gospel songs for Macon Radio Station and also won him $5 for participating in a teen talent show.

At the age of 15, his father was diagnosed with tuberculosis leaving his mother as the income earner. This situation forced him to drop out of school so that he could help and worked as a gasoline station attendant and a musician.

Otis Redding started his singing career in 1958 when he performed, ‘The Teenage Party’ at Douglass Theatres. His performance followed several singles in 1962 such as ‘She’s All right,' ‘Tuff Enuff,' ‘I’m Getting Hip’ and Gamma Lamma.'

Notably, he recorded his second single, ‘Shout Bamalama’ and ‘Fat Girl’ alongside Otis and Shooters. Together with the Pinetoppers band, he attended Battle of the bands show that took place at Lake Side Park.

With the Atlantic Records, Redding performed two songs ‘Hey Hey Baby’ and ‘These Arms of Mine’ featuring Jenkins, singles that released by Volt in October 1962. These singles became the most successful songs selling more than 800,000 copies.

Otis Redding also included the songs in his debut album, ‘Pain in My Heart.' In June 1963, he recorded ‘That’s What My Heart Needs’ and ‘Mary’s Little Lamb' in November. Redding alongside his brother and an associate traveled to New York City where they recorded live albums for Atlantic Records.

On January 1964 he released his album ‘Pain in My Heart’ which debuted at No. 20 on R&B chart and No. 85 on the Billboard Hot 100. Additionally, he released songs such as ‘Security,' ‘Chained and Bound,' ‘Come to me’ and ‘That’s How Strong My Love is.' He included these songs in his second studio album, ‘The Great Otis Redding Sings Soul Ballads’ released in March 1965.

By and large, he co-wrote, ‘I’ve Been Loving You Too Long’ alongside Jerry Butler and arranged new songs for his next album. He wrote, ‘Ole Man Trouble ‘and ‘Respect.' He released his third album in September 1965 titled, ‘Otis Blue: Otis Redding Sings Soul’ followed by an acclaimed cover, ‘A Change Is Gonna Come.’

Otis Redding and several other musicians found two production companies including, ‘Jotis Records’ and Redwall Music which shut down shortly after its creation. He performed at Whisky a Go Go on the Sunset Strip becoming one of the first soul artists to play for rock audiences in the Western United States. His performance received critical acclaim including a positive press in Los Angeles Times.

In 1966, Otis Redding recorded with the Stax Studio tracks such as ‘Try a Little Tenderness’ which he included on his next album, ‘Complete &Unbelievable: The Otis Redding Dictionary of Soul.’ This album peaked at No.25 on Billboard Hot 100 and No.4 on the R&B Chart.

In March 1967, Stax Studio released ‘King & Queen’ album of Redding and Carla Thomas that became certified as a Gold Record. Three songs lifted from the album including, ‘Tramp,’ ‘Knock on Wood’ and ‘Lovey Dovey.' This album charted at No.5 and 36 on Billboard Pop and R&B charts. The same period, he made a captivating performance at Monterey Pop Festival. Alongside Macon, he wrote, ‘Sweet Soul Music’ which debuted at No.2 on Billboard Chart List and recorded with Stax, ‘The Dock of the Bay ‘in December 1967.

The Georgia Music Hall of Fame inducted Redding in 1998 followed by The Rock and Roll Hall of Fame in 1989 a Grammy Lifetime Achievement Award in 1999. Eventually, the Rhythm and Blues Foundation named him the recipient of the 2006 Pioneer Award.

Otis Redding married Zelma Atwood in August 1961 after she gave birth to their son Dexter during the summer of 1960. Otis Redding died at the age of 26 on December 10, 1967, in Madison, Wisconsin, the U.S in a plane crash.