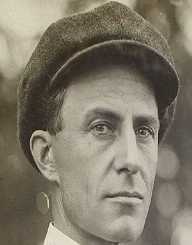 Orville Wright is well known for his invention of the airplane together with Wilbur, his brother. He also developed technology for the U.S Army and known as the father of Aviation. Wright was born in 1871 in Dayton, Ohio and together with his elder brother Wilbur became famous inventors. They are best known as aviation pioneers who successfully invented and flew the first airplane in the early 1900s. Orville died in 1948 in Dayton.

Orville Wright was born on 19, August 1871 in Dayton, Ohio is the sixth in a family of seven. He was the son of Milton Wright and Susan Koerner Wright. Wright was a curious young boy who grew in an environment where intellectual concerns were encouraged therefore he was admitted to schools in Iowa, Dayton, and Indiana.

Wright, however, did not graduate from high school though he had a desire in printing as a youth which he pursued with his brother Wilbur after high school. The two brothers started a printing shop near their home in Dayton in which they printed news and advertisements from 1889 to 1899. After this, Orville and his brother ventured into the business of repairing and selling bicycles which they ended in 1908.


Invention of the Airplane

In 1878, Milton Wright brought home a toy helicopter for Orville and his brother made of bamboo and paper. This fascinating toy created in the minds of the two brothers a desire for aeronautics. The family moved to Richmond in 1881 where Orville Wright acquired the art of making his kites at home. Though he dropped school due to lack of interest, his desire for aeronautics still grew stronger.

In 1889, Orville’s mother died of tuberculosis, but his dream was not shattered. Orville and Wilbur were determined and dedicated themselves to see their dream come true. After much research and watching aviation news, Orville and his brother were convinced that people needed better designs to make the flight more efficient.

They began their experiment in North Carolina where they used wings according to the principle of birds. Observing how birds used their wings to make flight and balance, Orville borrowed this idea and translated it into mechanical principles. With this knowledge, the Wright brothers had hit the headlines unlike those who preceded them. In 1903 December 17, Orville and his brother invented the power-driven airplane with which they cruised to 852 feet in 59 seconds.

At first, their invention was met with much criticism and doubts because of their earlier failed experiments. The US government also backed out from helping them, but Orville Wright sought help from the army and government in Washington D.C. where he showcased their machines. After many contracts with the U.S army, the Wright brothers came up with a two-seater airplane which they sold for $30,000.

Also in collaboration with other inventors, they came up with the Wright Company in 1909 where Wilbur became president and Orville became one of the vice presidents. By May 1910, the two brothers flew for six minutes in their newly invented plane carrying their father in the same plane. After Wilbur died in 1912 of fever (typhoid), Orville took over the presidency but was discouraged working alone and sold the company in 1915.

In his later days, Orville Wright spent much of his time working in organizations related to aeronautics. He later on parted with his sister in 1926 when she chose to get married; this choice displeased Wright. Orville Wright died in 1948 January 30 after succumbing to heart attack and was buried in Dayton, Ohio in their family plot.